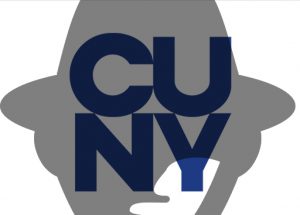 CUNY students are unhappy with the university’s decision to permit live, online proctoring of exams. The frustration led to the creation of a petition on change.org called “Do Not Let CUNY Violate Student Privacy,” in the hopes to remove the proctoring rules implemented by CUNY. The petition so far has over 27,500 signatures.

Students specifically take issues with the programs CUNY is partnering with in order to administer exams virtually.

“As the Fall 2020 semester begins, online classes are implementing various software services to curb potential academic dishonesty. While the intentions are in good faith, the implementation will be atrocious,” the petition reads.

The petition is supported by the University Student Senate,  and the student governments at Brooklyn, John Jay, Baruch, Queens, BMCC, Hunter, York and CSI. According to CUNY, students will start seeing their exams being recorded by midterm season of this fall.

The AI driven programs CUNY is working with, such as Proctorio, Respondus, and Proctortrack, capture screen content on the users computer, and has features like one that tracks eye-movement, all to ensure that students can’t cheat. However, students fear this could be used to infringe on students’ privacy and safety.

“CUNY, through its partnership with McGraw Hill Publishing, can use Proctorio to spy on students and violate their rights to privacy,” the petition says. “Proctorio is a direct and abhorrent violation of privacy at every conceivable level…Full and unrestricted access to personal data from students (computers, private physical rooms, and other means of identification/monitoring) is a despicable overreach by CUNY, and McGraw Hill. It is unacceptable that students must surrender their civil rights, especially while attending a public institution, to complete their education.”

Students hope that all CUNY schools will involve student leaders in the search for alternatives to online proctoring and to notify the students that they are not required to accept the terms and conditions of any online proctoring software.

“The data privacy, student liability, indemnification provisions, hardware compatibility, and cost considerations in question are quite complex and we are working as purposefully and thoughtfully as possible, fully understanding the sense of urgency involved,” the CUNY Guidance on Academic Continuity to campuses reads.

Many students who signed the petition have left a comment on the webpage voicing their opinion of CUNY’s decision.

“Though I do not doubt the intentions of CUNY, this system has tremendous potential for abuse, not to mention the fact that this would disproportionately hurt neuroatypical students due to the eye-tracking feature,” a student commented. “I strongly urge CUNY to reconsider their use of this technology.”

Web Group is a group @ Brooklyn College
View all posts by webgroup →
← Newer Post
BC Prof NGOC Cindy Pham Helps Her Students and Community During Pandemic
Older Post →
NFL Week One: Bills Win, Jets and Giants Can’t Get Off Ground