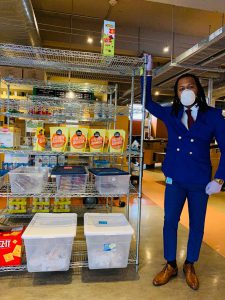 At the end of last semester, Brooklyn College students saw a $28.35 “waiver” in their CUNYfirst accounts which accounted for a partial refund of the Student Activities Fee (SAF). This semester, with club events and the majority of classes held virtually, it remains uncertain if students will be seeing a similar waiver.

“Student Activity Fees are about $114 and go to different groups on campus that serve the students,” Iqura Naheed, press director for the Undergraduate Student Government’s executive cabinet, told the Vanguard.

With roughly 18,000 students enrolled, the fees generate a substantial amount of money well over a million dollars.

All of the groups that receive funding through this pool of cash are still operating in some capacity, even with the gates to campus shuttered to students.

“It is understood that not all students may use the services that SAF provide, but a lot of students still do and that is why they are in place,” said Naheed.

Vital services such as the health clinic and the food pantry are still operating remotely and are continuing to provide important resources to students in a city still weathering the effects of a pandemic.

So while certain essential services are locked in, there are some funds in flux, particularly the $93,000 allocated to student clubs this semester. With no in-person events, which have served as the largest cost for clubs in the past, it remains a question as to how executive members of clubs will be spending their budgets.

“They have the opportunity to choose how to use their money to best support the BC community,” Naheed said. “The guidelines around what they can do is up to the school. Everyone is learning together what can be done online, and clubs are finding creative ways to interact with their members including virtual meetings, online panels, giveaways, and more.”

However, the allocated funding for clubs is a relatively minor portion of the entire Student Activities Fees budget. The students at the helm of the undergraduate student government (USG) campaigned under a radical platform which sought to better organize the student body and extract concessions from the college’s administration to better the conditions for students.

So while the end destination for much of the money is still to be determined, the USG president, Ethan Milich, and his cabinet want to eke out an equitable solution for Brooklyn College students. Naheed continued, “The executive office at USG has been working on finding ways to set up grants or charitable funds in hopes to financially support the student body… At each turn, we have found that we do not have the power to enact such measures. We are still hoping for a compromise with the administration to be reached within the next few weeks, where we can be allowed to spend the money in organizing and helping the student body have a successful semester.”

Since the student services funded by the SAF will remain open, albeit virtually in most cases, it is not clear how much cash the cabinet would be able to pull together for their goals of alleviating students’ financial stresses. The uncertainty about the outcome of future negotiations with the college’s administration rests upon the elected student’s commitment to changing the fundamental ways that funding is even raised in the first place.

“We think that once the student body is sufficiently organized, it will have the tools to accomplish their demands, including tuition freezes and eventually free tuition altogether,” concluded Naheed, who set out to make the case that the fight for helping students is only just beginning.

With the money in a sort of limbo and the administration seemingly set on a straightforward course of action, much is still to be learned about how the Student Activities Fees will come back to serving students.