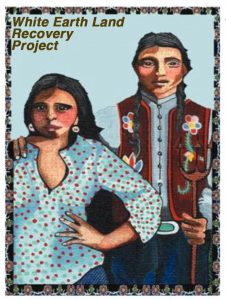 In an online discussion called “Food Sovereignty and Public Health,” the Ethyle R. Wolfe Institute for the Humanities, in partnership with Brooklyn College’s Health and Nutrition Sciences department, shined a light on the deeper connections of land and food. The virtual event featured four women who’ve dedicated their lives to improving sustainable agriculture and reconnecting public health back to our land. Planting in your community or backyard garden might be a cool and hipster thing to do, but it’s actually easier than you may think.

While sharing slides of food from her plantation in Minnesota, the 2020 Hess Scholar in Residence and rural development economist Winona LaDuke explained that food sovereignty means putting you back at the center.

“For those of who want to be well, we need to get back into controlling our food systems,” she said, highlighting the major theme embedded within the talk.

According to some of the numbers from the White Earth Land Recovery Project (WELRP) Food Sovereignty 2008 report of her reservation, only about 14 percent of household dollars stayed within the community — numbers that LaDuke believes likely reflect various communities throughout America.

Tiana Rainford, a dietetic intern at the East New York Farms organization, does her best to make sure the Brooklyn neighborhood of East New York doesn’t fall into that category. She emphasized the power that young people have to stand up for themselves and travel to the front of the classroom when it comes to food sovereignty.

“It’s important to ask: ‘where did this food come from?’” she explained. “Take ownership of your space because when you do that you start to become responsible for that space.”

Taking ownership and planting your food goes hand in hand with taking advantage of your right to do so, filmmaker Sarah Khan stressed. Suppressing someone from growing their own food can destroy their culture and violate their human rights, she explained.

Her film, Bowing to No One, centers around an indigenous South Asian woman and her tribe who are completely self-reliant besides for salt, kerosene, and clothing. By representing a woman who is thriving off the land, Khan hoped to show that food sustainability is in our grasp and that we can learn from people who are already fulfilling that legacy.

“I am an immigrant. People like me, we might have come empty-handed, but we did not come empty-headed,” she commented.

BC has been acknowledging this sentiment by building and expanding the Brooklyn College garden. People from all over the world use its space to plant their years of food knowledge within the soil, Assistant Professor at Health and Nutrition Sciences Margrethe Romanovsky explained.

But the land for the garden was decreased by the building of the sports field and people have been advocating for additional space to be added back, a problem Romanovsky has dubbed as a micro-land rights struggle on campus.

LaDuke provided the bigger context for that struggle, saying that one of the essential restorations to truly being food sovereign is having the land to do so, an obstacle she still faces with non-Natives holding most of the land on her reservation.

“Land back, land justice remains an essential part of our struggle over the long haul,” she emphasized.

But change begins one person at a time and each person has a role to play.

While being completely devoid of the “corporate colonization of indigenous food and systems” may be an overarching goal, there are easier steps one can take to put themselves in charge of what they put in their mouths.

“Know where your food comes and build systems where we know where our food came from. Think about how you relocalize some of your foods,” LaDuke advised. “Also, dig up your lawns. What are they for? Put a garden in.”