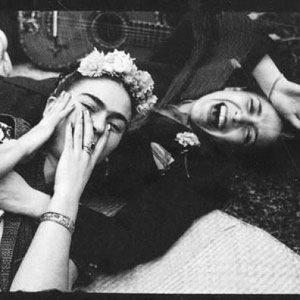 “Although regarded as archetypes of Mexicanidad, Chavela and Frida, as cultural products, are rich sides to explore the levels in which non-binary individuals forcefully resist the imposed defining lines of national identification for women,” said Alonso-Minutti.

La Llorona is a Hispanic folklore about a woman who drowned her children for revenge against their father. Though many versions of the tale exist, all depict the woman as spending eternity weeping and searching for her dead children. To Chicana feminists, Alonso-Minutti explained, La Llorona symbolizes a voice of resistance against male domination. For women living in patriarchal communities, being a mother is their sole responsibility, but La Llorona completely disregards this ideology and challenges the status quo. Over time, La Llorona has been passed down from pre-Columbian times and developed into a song that has allowed many singers like Vargas to spin-off the classic legend.

Many scholars, including Alonso-Minutti, believe that Vargas openly expressed her adoration for Kahlo through her rendition of La Llorona. Vargas arguably describes the “motherly lover” role that the visual artist played in her life. As Alonso-Minutti explained, Vargas and Kahlo shared an immense love for one another that possibly went beyond their friendship. Though Vargas and Kahlo’s audiences will never know if they were together romantically, it is no secret that they shared a unique bond– one where the artist was Vargas’ mentor. With her wealth of knowledge, experiences, and character that redefined what Mexican womanhood looked like, Kahlo became Vargas’ role model.

“From Frida, not only did Chavela learn how to break molds but also how to fully embrace her own life,” said Alonso-Minutti. “In her own words, and I quote, ‘Because of Frida, if I am born again, I would be named the same.’”

Using her deep raspy voice, with a cigarette and tequila in hand, Vargas would spew her sentiments for Kahlo with each verse of La Llorona she personalized to fit her tone. In many of her performances of the song, Vargas would change the gender pronouns throughout her lyrics to assume the role of a man.

“Everyone calls me the Black man, Llorona/Black, but affectionate/I am like the green chile, Llorona/spicy hot, but tasty,” Vargas would sing. “Oh, woe is me! Llorona, Llorona/Llorona, take me to the river/Cover me with your shawl, Llorona because I’m dying of cold.”

Though they were born in different countries and circumstances, both Kahlo and Vargas shared similar hardships that led them to become renowned, revolutionary creators. Each had unconventional personalities that were frowned upon by their conservative families and communities. Rather than succumb to gender roles, they decided to use their art as a creative outlet to express their true selves without any constraints.

“(…)There are important parallelisms that Chavela drew with Frida throughout her life: one being a naturaleza rara –a weird nature. They are not normal beings, they belong to an abnormal world — un mundo raro,” said Alonso-Minutti. “Chavela expressed, quote, ‘We use to share the same thoughts at the same time, we thought about the same things, and we wanted the world to be as we dreamed.’”

Despite the societal judgment they faced in embodying their identity, each icon used their art to pave the way for queer Mexicanidad to be displayed publicly and openly. Through her cover of La Llorona, Vargas demonstrates something besides her admiration for Kahlo: her strength to not conform to gender roles.

“For Chavela, and for many other artists, and listeners across the world, La Llorona is a mirror in which one understands oneself to be,”  said Alonso-Minutti. “The story of La Llorona is a story of resistance of female sexuality, of resilience, of rebirth, and borders crossed. It is one that speaks to all of us—for all of us to face our own struggles.”