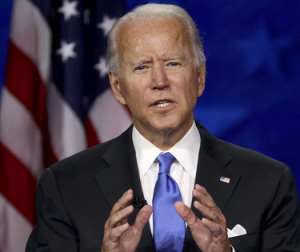 Despite the vast majority of states called, and well over 100 million votes counted, America will still have to wait patiently for the results of the 2020 election.

As of press time, the Vanguard’s tabulation of voting has Former Vice President Joe Biden up 238 electoral votes to President Donald Trump’s 232, with five key states Nevada, Wisconsin, Michigan, Georgia, and Pennsylvania still counting mail-in and early ballots, which are expected to be overwhelmingly Democratic. Early this morning, Joe Biden made a rousing come back in Wisconsin and Michigan, showing there may be enough for him to outlast President Trump.

Three of those states, Wisconsin, Michigan, and Pennsylvania were once called “The Blue Wall,” and were strongholds for Democrats until President Trump flipped them red in 2016. Arizona is currently leaning towards Biden, and Georgia is leaning towards Trump. If Arizona holds for Biden, and Georgia for Trump, then Former VP Biden has to win two out of the remaining three states in Michigan, Wisconsin, and Pennsylvania.

Officials from the “Blue Wall” states, have said that it will take time to tabulate the early ballots, and election results may not be in for a day or two. “Due to the pandemic and the high number of absentee ballots, it will likely be Wednesday before all the unofficial results are in,” Meagan Wolfe, Wisconsin’s chief election official told WAOW, ABC News. “It doesn’t mean something went wrong – it means election officials are doing their jobs and making sure every legitimate ballot gets counted,” she said.

Democrats and the Biden camp are hoping that the late counting will be enough to surmount current gaps in those few states.

Last night, Joe Biden addressed an optimistic crowd in his home state of Delaware. “We believe we are on track to win this election,” he said. “And it ain’t over until every vote is counted.”

Not long after, President Trump tweeted: “We are up BIG, but they are trying to STEAL the Election. We will never let them do it. Votes cannot be cast after the Polls are closed!” He came out to speak at around 2:30am, doubling down on his previous tweet, which was flagged by both Twitter and Facebook.

“We were getting ready to win this election, frankly we did win this election,” Trump said in the East Room of the White House. “This is a major fraud in our nation. We will be going to the US Supreme Court. We want all voting to stop. We don’t want them to find any ballots at 4am and add them to the list,” he said.

As of presstime, the race is still extremely close, and there is still much left to count.