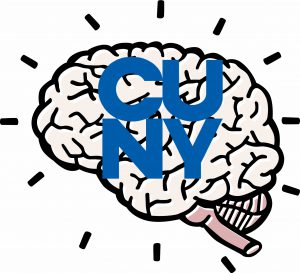 CUNY plans to spend an additional $5 million on mental health services by January 2021, according to an announcement in mid-October. Per CUNY’s announcement, the expanded budget will allocate about $278,000 towards mental health services to each of its senior and community colleges. The announcement came at a hearing on Oct.16 of the City Council’s Committee on Higher Education and Committee on Mental Health, Disabilities, and Addiction voiced dissatisfaction with the University’s resources.

“Many CUNY students face significant burdens that affect their mental health and, consequently, their academic success,” CUNY Chancellor Félix V. Matos Rodríguez said in the press statement. “The pandemic has only exacerbated these challenges.”

The budget will allow campuses to increase the staff for health and wellness centers and provide additional training for them. The money will also be used to train and certify 120 new campus counselors, and provide funds for students to more easily access “teletherapy” services, including crisis text support.

Facing lengthy wait times and irregularly offered sessions, CUNY students have known mental health resources to be lacking, but systemic issues have been especially highlighted by the pandemic. At the City Council hearing, Hunter College student Anna Compton described waiting months after repeated attempts to contact referred campus therapists. By the time campuses closed in March, she was “at a point of desperation,” but, eight months later, she has  yet to connect with a therapist.

“Our wellness centers are failing students,” Compton said at the hearing. “CUNY campuses need more mental health counselors. We needed this before the pandemic, and we certainly need it now.”

In the Healthy CUNY initiative’s student survey conducted in April, over 40 percent of respondents reported often feeling anxious, and around 30 percent reported often feeling depressed. This represented an uptick over previous years. For comparison, fewer than half as many students experienced persistent feelings of anxiety and/or depression in a 2018 health survey.

COVID-19 has brought a plethora of physical, emotional, and economic challenges to students. For many, including some, like Compton, with learning disabilities, remote learning has produced a unique challenge by itself.

“As a Brooklyn College student, I’ve encountered numerous students who are struggling to keep up their grades while also managing their anxiety and depression,” BC junior Neha Syeda told members at the hearing. “They would like to seek mental health resources – however, accessing these services has proven challenging.”

According to CUNY’s announcement, the University was planning an expansion of mental health resources before the pandemic, but the plan detailed in October also came as a forward response to testimonies at the City Council’s meeting.