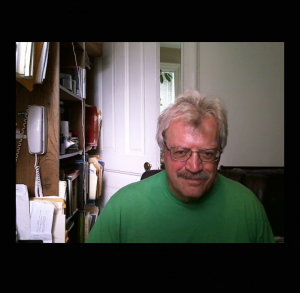 Following the department of Modern Languages and Literature’s decision last fall to terminate the Italian major and minor programs on campus, Bonaffini was forced into retirement and other faculty members into teaching gen-ed courses. Bonaffini filed a claim in April of 2020 with the Equal Employment Opportunity Commission and was issued a right to sue notice on July 29.

Bonaffini, a well known professor, author and translator for the Italian Community, has been teaching Italian at Brooklyn college since 1977. Over the last several years, he has been instructing classes fully online due to a hearing disability, of which does not impede on his ability to teach, he states.

Part of Bonaffini’s claim charges the college with eliminating Italian instruction so as to phase out the elderly staff of professors aged 65 and older.

As per the New York Post, in the lawsuit against the institution, Bonaffini “claims he was forced into retirement at the beginning of 2020 due to his age, nation of origin, and hearing disability, which the suit contends did not impact his ability to instruct his popular classes.”

When reached out for comment, Bonaffini told the Vanguard, “I am in litigation with the college [and] I am not sure I can talk to anyone about it.”

While the former professor makes his claim in a lawsuit seeking $12 million in damages, Media Relations Manager for BC Richard Pietras spoke on behalf of the Department of Modern Language and Literatures.

“The Department…decided that its Italian major and minor needed to be revitalized due to declining enrollment,” Pietras said. “The department reorganized its programs and developed new courses and study abroad options to attract students, while continuing to offer courses in Italian language, literature and culture.”

Bonaffini’s lawyer, Marshall Bellovin, told the New York Post, “For some reason, be it political or otherwise, they’ve targeted a significant substantial minority student population and according to the allegations in the complaint, my client had absolutely no alternative but to retire.”

“As student interest in Italian increases, the department hopes to expand its offerings,” Pietras said.

The Vanguard reached out to provost Anne Lopes and head of the Modern Languages and Literature department Vanessa Perez-Rosario for comment, but have received no response at this time.