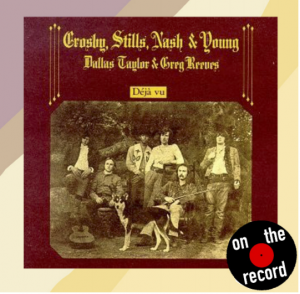 The day before the election results were announced, I took a solo walk in Green-Wood Cemetery. Bright, sunny, and nearly 70 degrees in November seemed like as good a sign as any to get out and about. Two years ago during this exact time of year, my dad and sister came to visit me for a weekend and I took them to Green-Wood. My dad, not normally a big city kind of guy, enjoyed the little oasis away from the concrete.

Last Friday, I practically retraced our steps. Walking without my headphones in, I was  content to absorb the quiet — something the last tumultuous week had provided little of.

But a few steps through the cemetery gates, it becomes easy to forget you’re still in the heart of America’s largest city. I sat on the same stone bench I had taken a photo of my dad sitting on two years prior and suddenly felt…emotional.

Four years ago, when Donald Trump was elected, I remember my dad apologizing to my sister and I. “I’m sorry this is happening,” he said. Of course, it wasn’t directly his fault, but his apology stemmed from his shock. He, like thousands of other Americans, had placed an enormous amount of faith in this country and its people. He trusted it to live up to its moral creed and do what was best for the next generation, which included his kids. Though undeniably flawed in more ways than one, America needed to live up to that expectation and, instead, it failed.

I grew up on a lot of protest music. When I was quite young, my dad wasted no time in explaining the historical significance behind songs like “Ohio,” which at the time of its release had struck a particular chord in him — he had college-aged siblings in 1970.

“What if you knew her and found her dead on the ground? How can you run when you know?”

For much of the last four years, each of us have had to wrestle with not only each other and our steep ideological differences, but with our own sense of accountability. The system does not run on its own and the choices that get made every day affect millions at the drop of a hat. We’ve been forced, rightfully, to continually ask ourselves the same set of questions: What am I doing right now to help? How does my position of privilege affect the way I think about this issue? What sources can I utilize to better educate myself on a topic I don’t know much about? How can you run when you know injustice thrives?

To all the people who dedicated their time in some fashion to ensuring this election ran smoothly and appropriately — poll workers, ballot counters, door knockers, phone bankers — it paid off and it was worth every last second of it. It goes without saying that there’s an immense amount of work ahead of us to be done, but doesn’t it feel like a weight has been lifted? Like you can inhale a full, deep breath for the first time in ages?

“The sky is clearing and the night has cried enough. / The sun, he comes, the world so often up. / Rejoice, rejoice, we have no choice but to carry on.”

When I spoke with my dad over the weekend after hearing the big news, this time he thanked me and told me how happy he was for my sister and I, noting that “the resistance has triumphed.” Indeed, millions of young people stepped up to the plate, looked bigotry straight in the eye and said it can’t happen here. Not anymore. Biden was right — character was on the ballot this year and this time, character prevailed. Parents, including my own, will finally wake up in the mornings and worry just one bit less about their children. The future suddenly doesn’t look quite as dim.

“Teach your parents well / Their children’s hell will slowly go by. / And feed them on your dreams / The one they picks, the one you’ll know by. / Don’t you ever ask them why, if they told you, you will cry. / So just look at them and sigh and know they love you.”