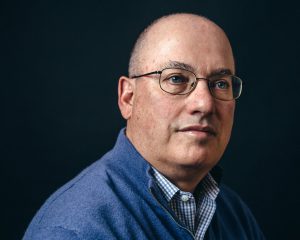 Things are starting to look up for the Mets, as fans can sigh and feel that something will be accomplished soon with the new leadership of hedge-fund titan Steve Cohen. Cohen is the new majority owner of the Mets after purchasing the organization for the sum of $2.4 billion from the Fred Wilpon and Saul Katz families. The purchase also makes him the second wealthiest owner in American sports by net worth.

With a final stamp of approval from Mayor Bill de Blasio and Major League Baseball, the billionaire Cohen also becomes the richest owner in the MLB. From his beginnings as a Wall Street trader in the booming economy of the 1980s, Cohen crossed over into even more success in the nineties when he launched his own business hedge fund, SAC Capital Advisors, which would later convert into Point72 Asset Management.

As a business owner, Cohen has met legal issues. SAC Capital Advisors pleaded guilty in 2013 with charges of insider trading, paying the Justice Department $1.8 billion in criminal and civil settlements as a result. Cohen, himself though, never got charged. His history as a rising rich mogul has also served as partial inspiration to the ruthless protagonist Bobby Axelrod, in the Showtime fictional drama Billions.

For Mets fans, it feels as if they have a “Steinbrenner” to call their own. This also ends a long bidding war that has seen many people and groups attempting to secure the purchase.

“I’m going to be an owner that builds a team that has continued success,” Cohen said in his first press conference announcing the historic move for the organization. “We want to win now, but are also building for the long-term.”

As for what he means by the “long-term,” Cohen expects the team to reach and win the World Series in three-to-five years time. The last time the Mets played in the World Series was back in 2015, losing to the Kansas City Royals in five games. The Mets haven’t won it all since 1986, a drought that as years have gone by has been met with misfortunes. With a lack of strong leadership, difficult player-trade losses, devastating injuries that shot down postseason hopes, fans have consistently been left thinking: “Better luck next year.” Now with Cohen at the helm of the franchise, maybe sometime in three-to-five years, next year could be this year.

“One team wins the World Series every year, so that’s a pretty high bar,” Cohen says. “But if I don’t win a World Series in the next three-to-five years—I would like to make it sooner—then obviously I would consider that slightly disappointing.”

To some fans and critics, a prediction such as that sounds implausible, or reaching too high for the moon. We haven’t concluded this long and tumultuous year, but Cohen’s eyes look beyond 2021. He’s provided an outline in where and how far the organization can go.

“We want to create a blueprint for winning,” he explained.

“We want to find great players and make them better. We are starting with our homegrown talent and building from there. When we need to fill a gap, we will fill it. It might be with a free agent or might be through a trade. We want to strengthen our farm system, keep our players healthy, and use the best analytics. We’re gonna build a process that produces great teams, year in and year out. You build champions, you don’t buy them, and we have a great core at this team.”

Speaking like a natural leader, Cohen shows confidence that perhaps that is what the fans have been missing for a long time. It is an assurance that everything is going to be okay, without hints of hesitation or trying to make false promises which in the near-future would backfire, adding more disdain to the average Mets fan.

“I’m essentially doing it for the fans. When I really thought about this, I could make millions of people happy, and what an incredible opportunity that is. That’s how I’m thinking about this. I’m not trying to make money here,” Cohen said, later adding, “It’s really about building something great, building something for the fans, winning. I just find this an amazing opportunity.”

If the money or the blueprint ideas don’t resonate to the people in Queens, maybe just the fact that Cohen is a lifelong Mets fan says enough that he has more than his money at stake. His heart is in it as well.

Growing up in Great Neck in Long Island, Cohen would often take the train to the old Mets stadiums to see the team play.

“I went to my first Mets game with my dad at the old Polo Grounds. Years later, my friends and I used to sit in the upper deck at Shea Stadium. That makes today a dream come true.”