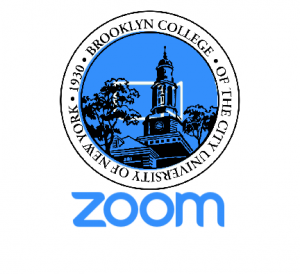 Online learning in Fall 2020 has created difficulty for
some students./ Photo edited by Humza Ahmad

As the fall semester comes to a close, Brooklyn College students and staff are preparing for finals and the possible problems that may arise. Many have expressed common concerns about the upcoming spring semester continuing online due to problems in the school’s adaptation to COVID-19.

One of the issues that has arisen these past several months is the lack of interpersonal connection that students and professors would have had in a traditional college setting. This has led to many feeling unmotivated and bogged down with the workload they are being expected to complete. “Right now, it is very difficult to reach students,” said Nava Renek, Program Coordinator of The Women’s Center at Brooklyn College. “And many students are overwhelmed and unable to communicate what their needs are.”

Adapting to online learning has looked differently for everyone, creating disadvantages for some. Eliana de Sá, a second-year psychology major, expressed that even though we have established a basis for doing things, it was harder to balance this fall because some courses were more demanding of students than others. “I feel like some classes and professors were pretty understanding, others were demanding a little bit more – and that became a little bit more difficult because we couldn’t complete the same expectation you can complete in a classroom through a computer,” she said.

With the changes in format for attendance and classes, students had to build a unique class schedule that is based more on self reliance, and that confusion among differing class schedules as professors adapt, led to losing track of academics  “Professors are being lenient. But it’s our responsibility to know our deadlines. We have to schedule ourselves as far as what we have to submit for the day,” said Manuela Surill, a current business major. She said some of her classes would only meet once a week while some of her others met more frequently.

This forgetfulness is not an uncommon theme for students, who have expressed the feeling that the buildup of school and finals has become too much at times. While staff like Renek have expressed their sympathy and hope students will be able to concentrate on finals, some students still face anxiety over upcoming exams.

“I’ve heard horror stories of other student’s WiFi cutting out, and their professors not being understanding,” said Brooklyn College freshman Angelina Banek. “I think it’s unfair for finals to have time limits when some students have faster internet than others,” she said.

De Sá points out that a learning environment is not the same as a home environment.  Through remote learning, students are unable to separate their school from home, blending the two, and impacting their ability to study and complete work.

“Now, it’s like you can’t divide anymore,” said de Sá. “And you’re at home, facing all these things at once, and it can be emotionally draining. And I know other people had it a lot worse than I did, but it’s the same concept: you’re stuck in the same environment now.”

Another student, who wanted to remain anonymous, expressed the lack of conversation between the students and faculty, “It feels like you have a talking head just lecturing you for an hour online, whereas in-person classes are different cause you’re engaged and it is easier to bounce ideas off one another and create that atmosphere for learning,” the student points out.

Across the aisle, professors have understood compromise is a requirement. They have appeared more lenient towards students, understanding that some may experience more hardships than others. With the added distractions of home life, it has been difficult for students to prioritize their own well being, school, and work.

“I was concerned about my GPA because that’s important to me. But this semester, I’ve had to prioritize my mental health over my grades, which was not an easy decision to make, but I knew I had to make that decision in order to succeed overall,” said de Sá.

Surill also had to compromise for school, saying that she had to take a few days off her work schedule in order to be able to attend her lectures and meetings. She emphasized that professors have also faced an added amount of pressure to their work. Surill told the Vanguard that her own mother is struggling to continue teaching online with platforms like Google Classroom.

“Not everybody acknowledges that as students. Also, there’s a huge disconnect as far as that. As students, just as we are having a tough time, we also have to consider how they may be having a hard time as well,” said Surill.

With the hopes of a brighter and smoother spring semester, the advice and messages students and faculty are receiving have been hopeful. De Sá was told by her professor that, “This semester is about surviving. We have this expectation that we’re going to do just as well in-person. And if we do, that’s great, that’s awesome. But if we don’t, we can’t put that pressure on ourselves,” she recalls.

“We all need to understand that we will not ‘go back to normal,’” says Renek. “If we look for something that is no longer possible, we will be disappointed and probably not as effective,” she said. Renek points out that during these times the best way to get through is for students to make time for themselves and experience things that are still attainable beyond their computer screen.

Web Group is a group @ Brooklyn College
View all posts by webgroup →
← Newer Post
Hillel Brings Thanksgiving to Those in Need, Along With a Bit of Normalcy
Older Post →
ISSO Office Brings Food and Culture Together With New Cookbook Project