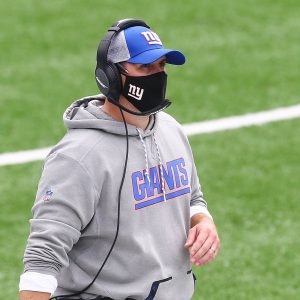 After going on a three-game win streak, the New York Giants find themselves atop the awful NFC East Division with just a 4-7 record. If the season ended today, the team would have a home playoff game. With new Head Coach Joe Judge, this season was viewed by many fans as a stepping stone season, and this “success,” if it can be called that, was not expected.

Judge has brought in a new culture that has inspired winning and tough play. He learned how to coach under two of the world’s best football minds, Bill Belichick and Nick Saban. Judge has implemented a winning identity and built the team around a strong defense, similar to what Belichick and Saban are known for.

After being one of the worst defenses in the league last season, first-year Defensive Coordinator Patrick Graham has transformed this defense into a top-10 defense in the league. James Bradberry, Blake Martinez, and Logan Ryan have been critical free agent signings to the defense, providing leadership and skill. In this three-game win streak, the defense has allowed 20, 17, and 17 points, allowing its not-so-dominant offense to score just enough to win.

Since week one, the offense has been a struggle, failing to score more than 20 points until week five, but that is not too surprising. With second-year quarterback Daniel Jones now getting the play calls from Offensive Coordinator Jason Garrett, who hasn’t called an offense since 2010, there was bound to be a learning curve. On top of that, losing star running back Saquon Barkley, who tore his ACL in week two against the Chicago Bears, really derailed the Giants’ chances of being a dominant offense.

Along with that, Jones has been turnover-prone his entire brief career, with nine interceptions and seven fumbles just in this season and 12 interceptions and 18 fumbles last season in only 13 games. However, in this winning streak, he has not had one turnover, and that has let the offense settle in and move the ball down the field. Jones did pick up a hamstring injury against the Cincinnati Bengals in the game on Sunday, and it does look like he will miss some time.

The Giants seem to be improving every week as a team. At the start of the season, the defense was great on first down, okay on second down, and awful on third down, and could not get off the field. Now, the defense is continuously solid and has become one of the most fundamentally-sound defenses in the league. The offense struggled to move the ball at the start of the season, and when they got stuck, Jones would make an error that flipped the game. The offense has since found its groove, and Jones has been working on eliminating his turnover tendencies of late.

Since week five, the Giants are 4-3, and three or fewer points have decided every game, but a win against the Eagles. The Giants have found ways to keep games close and win some of those close games. The issue is now that the teams they have beaten are not the top tier of the NFL.

With stronger teams ahead, the Giants should keep on improving and keep games close with their defense and hope the offense can put up enough points. If Jones’s hamstring injury only sidelines him for a week, as it is possible, then the Giants could have a real chance of making the playoffs.

Web Group is a group @ Brooklyn College
View all posts by webgroup →
← Newer Post
The Knicks Had a Smart Off-Season…Wait…What?
Older Post →
NFL Fumbles the Ball on COVID-19 Amid Late Season Surge