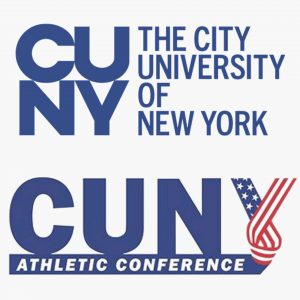 CUNY has yet to provide an official answer as to whether or not there will be collegiate sports in the spring.

With cases still rising, CUNY’s decision was to officially cancel all 2020-2021 winter athletics, back on Nov. 23.

With the 2020 year officially coming to an end in a few weeks and finals week a few days away, we look towards next semester and next year. With spring sports such as softball and men’s tennis starting in the first week of March, CUNY has yet to provide any information on its decision as to if these sports will be played.

However, in the statement announcing that the winter season was to be canceled, CUNY said, “Although there continues to be uncertainty surrounding the pandemic and how it may affect intercollegiate sports, please encourage your athletic directors to work with CUNYAC to plan for the prospect of a return to sports for Spring and Fall 2021 and to engage with and support our student-athletes.”

This, at least, informs us that it is attempting to restart the CUNY Athletic Programs. CUNY seems to have the wait-and-see mindset while working with other athletic conferences in New York. CUNYAC has said that it is looking at the SUNY Athletic Conference (also Division III, same as CUNY), but that is not the only conference it is in contact with. CUNY lists many other college athletic conferences, including the Ivy League and Liberty Conference, who also canceled their winter sports.

This at least gives us kind of a key, in the sense that if one of these leagues that CUNY is paying attention to starts to bring back its athletic programs in the Spring, it is possible that CUNY could do the same. The good thing is that CUNY is not looking at bigger conferences, such as the BIG 10, who have already been playing fall and winter sports. These schools have much more money and can afford to work around the rigorous rules to protect the athletes, and that isn’t even all that is needed with many college football and basketball games being regularly canceled.

This again still depends on how the pandemic is going and if there is a vaccine. With cases on the rise and the possibility of more large gatherings for the holidays coming, the numbers could just keep going up.

For the athletes, CUNY has already decided to give players an extra semester of eligibility to make up for the one they are missing this season. This at least keeps athletes happy who choose to come back and play when the seasons are given the okay to start up again.