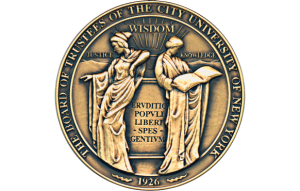 At a meeting early last year of the CUNY Committee of Facilities Planning and Management, a subcommittee of the Board of Trustees, members dismissed a motion to discuss emergency plannings for COVID-19, on the grounds that plans could not be discussed without the CUNY Chancellor present. Two days later, Governor Andrew Cuomo pushed all CUNY and SUNY classes online.

At the Mar. 9, 2020 meeting, former University Faculty Senate Vice Chair and representative to the board, Dr. Kathleen Barker requested to discuss what measures had been taken to plan for the coronavirus. There were 21 positive cases in New York City at the time.

“I’m requesting this on the basis of representing the faculty, and needing to have a brief discussion about planning and facilities for the emergent epidemic and pandemic,” Barker said at the meeting, which is available in video on the committee’s archives.

According to Barker, her suggestion was initially met with “complete dismay.” A number of committee members were concerned that the “right people,” namely Chancellor Matos Rodriguez, were not present to provide information.

“It might be a bit premature to enter this discussion without the Chancellor’s weighing in on this,” Senior Vice Chancellor Allen Lew said at the meeting.

Another committee member said that a discussion about policies that were not yet implemented would be inappropriate to have in a public session. Though Barker reiterated that the discussion would only apply to facilities planning, her motion for conversation was voted down.

“It was surprising to me because it [the virus] was utmost in my mind,” Barker told the Vanguard.

Barker, Professor of Psychology at Medgar Evers, was uncomfortable with going to the committee meeting at all, which took place in a small, relatively crowded room.

“I could not believe they were having that meeting in person,” she said, although CUNY was still conducting in-person classes at the time.

A week prior, on Mar. 2, Chancellor Matos Rodriguez made an announcement about the virus that detailed some basic precautions, including some that applied to facilities.

“We are also giving our facilities extra attention in terms of restocking hand sanitizers, soaps and other cleaning supplies and ensuring that there are plenty of places throughout common areas where students, faculty, and staff can wash or sanitize their hands,” the Chancellor wrote.

However, in the Mar. 9 meeting, members did not bring up the virus until Dr. Barker’s motion. Other CUNY boards that met the same day, like the committees on Audit, Fiscal Planning, and Academic Policy, Programs, and Research, failed to address the virus as well, except to acknowledge that further information and instruction about it would be forthcoming.

Only the Committee on Faculty, Staff, and Administration discussed the coronavirus, at the request and passed motion of faculty representative Professor Kerin Coughlin. Chancellor Matos Rodriguez was present at the meeting, explaining that CUNY’s website was being updated on a regular basis, while Executive Vice Chancellor and Chief Operating Officer Hector Batista noted that a coronavirus taskforce was putting together a FAQ page for the website. Chancellor Rodriguez added that different campuses might have to react differently to the virus.

Two days after the Mar. 9 meetings, Governor Andrew Cuomo announced that CUNY classes would be remote for the rest of the semester. Within days, most CUNY campuses had shut down completely. Many, including Brooklyn College, closed for cleaning due to positive COVID-19 cases.

Leading up to the shutdown and ever since, students and faculty have expressed concern about CUNY’s ventilation systems, bathroom supplies, and classroom structures.

CUNY board members contacted by the Vanguard defended their choice not to discuss COVID-19 at the Mar. 19 meetings.

“If memory serves, while there were some facilities aspects in her motion, it wasn’t 100% in the purview of the facilities committee,” CUNY Board of Trustee and Committee on Facilities Planning and Management member Michael Arvanites told the Vanguard. “That was one year ago and at the very beginning of these new challenges. We have been in uncharted waters for a year now and our fleet of campuses have transitioned well and kept to our mission as best we can in these trying times.”