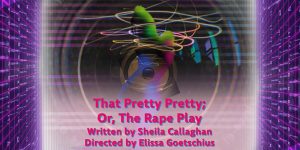 The Dept. of Theater at Brooklyn College officially unveiled its Spring production season plans late last week for yet another virtual season due to COVID-19.

Despite the announcement coming a little later in the semester than in years prior, the Dept. of Theater plans to showcase three full-length plays, as well as a 10-minute play festival directed by the BA Directing Workshop students.

“We are excited to be able to continue to explore producing theater and engaging with our campus community through these productions, bringing necessary educational opportunities for our theater students,” said Kip Marsh, the Chairperson for the Dept. of Theater.

Among the production list includes @muse_me, a show devised by students in the ensemble theater course. Originally, this production was set to open the Spring semester, but the dates had to be rescheduled to allow time for post-production. Due to these technical difficulties, the production will be streamed remotely from Mar. 19-23.

One of the other full productions for the season includes Frank Higgins’ Gun Play: A Play About America, a 2016 New Play Exchange piece that incorporates various scenes and monologues centered around guns in American life. The small snippets or vignette stories range from the country’s founding up until present-day.

This production will be directed by Benny Sato Ambush, an Artistic Associate for Brooklyn College who chose this show with the students in mind.

“I proposed this project specifically for the MFA actors identified by the Head of the MFA Acting program as needing a production to complete requirements for their academic year,” Ambush released in a statement. “Department faculty and staff met the moment with determined resolve and a sense of open willingness, realities you rarely see but are the truth of what happened and continues to happen behind the scenes.”

One of these MFA candidates, Elissa Goetschius, is set to direct the season’s other production, Sheila Callaghan’s That Pretty Pretty; Or, The Rape Play, a contemporary play that merges two stories. This includes the story of a team of two ex-strippers, who go on a murderous and political mission, as well as the story of a screenwriter and his best friend. As the piece progresses, the two stories come together as the screenwriter incorporates real life into his script.

That Pretty Pretty; Or, The Rape Play is scheduled for showtimes on Mar. 5-6, as well as Mar. 8-10. Gun Play: A Play About America will have performances on Apr. 30, May 1, and May 3-5. The Dept. of Theater, however, has noted that all dates are subject to change.

To wrap up the season, seven BA students will direct a series of short, 10-minute plays with tentative dates of May 6 and 7. While the other two productions have already been fully cast, more information regarding the play festival is still in the works and will be released in the coming weeks.

“Auditions for the undergrad Short Play Festival will be announced soon via email and through BrooklynBackstage.com,” Laura Tesman, the Undergraduate Deputy Chair for the Dept. of Theater, released in a statement to theater students.

Despite being tasked with yet another virtual production season, the Dept. of Theater is trying to make due with the tools in front of them in order to hopefully create another successful run.

“The Department’s Production apparatus went into overdrive adapting to a new world of virtual rehearsing and producing, learning while doing, building the plane while in flight, providing technical and technological support at unprecedented levels that stretched human capacity and budgets to near-breaking points,” Benny Sato Ambush added. “We continue to work diligently on [the students’] behalf.”

Web Group is a group @ Brooklyn College
View all posts by webgroup →
← Newer Post
BC Ranked #4 Music School in State On New List
Older Post →
Rolling Rock Ramblings: Change, One of These Days