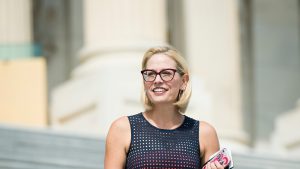 The deli on my street was out of Rolling Rock, so I opted for the ever faithful Modelo. I didn’t mind the upcharge considering that I have a $1,400 check aimed at me in the coming days, hopefully. $2,000, as promised, would have been a lot cooler. I wonder if we are going to let Democrats get away with their not-so-subtle sleight of hand where the check we are receiving totals $2,000 when added with the last check from the Trump administration. As I wrote that out, I ended my ponderance of the question with an optimistic: of course not.

st of the much scorned unprecedented times, it is still worth restating that we are getting screwed over. Trump’s stimulus was written for large corporations with regular people as an afterthought. The plan about to be signed by Biden seems to be better structured as far as delivering aid to institutions and initiatives that are aimed at serving poor and working people. Much is still to be seen how it will all play out, but at least we can cash in our checks knowing that some corporate slob isn’t rolling in additional tax write-offs.

The question from me, then, is what sort of agenda the Democratically controlled House, Senate, and White House will push going forward from this “victory.” My use of quotations marks is warranted by the laughable attempt to include a $15 minimum wage. If you need to see a dystopian visage of a well-off elected representative publicly affirming their inhumanity, you can search “Democratic Senator Sinema giving a thumbs down to raising the minimum wage.” Her theatrical gesture of disapproval, which was accompanied by a curtsy of sorts, was an excellent representation of the sort of personalities at the helm of the Senate’s majority party.

Whether it’s Speaker Pelosi nervously opening her massive fridge to share what sort of ice cream she has been enjoying in quarantine, or Cuomo insisting that he is in fact, not a sexual deviant, the leaders of this country are grossly out of touch. Out of touch politicians, nothing new here. But, if you may, let us consider an important cultural artifact: the viral portraiture of Bernie looking unimpressed at the inauguration. This relic of a few months ago, carries the same demeanor that we should all have when reviewing the records of the elected representatives in blue. They have all the power necessary to cause meaningful change yet they are continually settling for the bare minimum. When Democrats weren’t in charge, it was easy for them to find excuses for their failure to uphold the dignity of ordinary people. They swore they would get right on the job once the most serious threat to our democracy wasn’t in office. Trump is gone but we still aren’t seeing the sweeping progressive change that was marketed to us.

Sure bureaucracy is slow and politicians can spend only so much time out of their incubated vivariums before having to slither back, but they can at least spare us the theatre! The Democrats have gotten caught up in positioning their agenda as morally superior to the point that when things are passed that might even be marginally good, they fall hilariously short of the expectations they set. People want help. People want money. They don’t really care about this age of unity business. Instead of wasting our time acting like some sort of agent of change, why can’t you admit that you’re doing a job and collecting a check like everyone else? It’s a pipe dream to hope that they’ll admit that the people who elected them aren’t the ones they answer to, but I think politicians who do less pretending to care actually have a decent chance of winning elections, i.e. Trump.

We are still waiting on our direct deposits to hit and for the other branches of the stimulus to take root in our communities. There are certainly some indications that this stimulus will have more meaningful impact than the previous one. But until those impacts are etched into our reality, the only difference between the two administrations so far is the former’s lack of interest in theatrics. It was a stressful time, I don’t blame the Republicans for not showing any semblance of concern for people. A year in, however, the powerless spectators the American people have been reduced to are having one hell of a show put on for them by the party in charge.