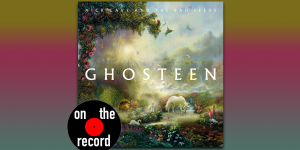 One of the most common questions I get asked is how I can afford to go to the number of concerts that I do per year. The assumption, of course, is that I’m somehow filthy rich, and that dropping hundreds of dollars on tickets doesn’t phase me. Concert-going is not cheap, and an evening out at a venue can rack up some significant costs.

I’ll start out by stating for the record that I’m remarkably lucky. Both my parents have had steady, decently-paid jobs for my entire life. They are by no means millionaires or anything even close, but their support over the years has meant a great deal. My dad took me to my very first concert (Tom Petty and the Heartbreakers) at age 14, and it would be completely fair to say that I’ve been hooked on the experience of seeing live music ever since.

But aside from the shows that my parents and I have attended together, the ones that I have attended on my own accord have been entirely on my dime. I shudder to think about the grand total I’ve spent over the years, but when I break it down, it doesn’t seem so bad. Apart from the time I spent nearly $300 to see Paul McCartney (worth it), I very rarely spend over $100 for a ticket. (Who doesn’t love a good nosebleed seat?) I dine out very little, and I don’t remember the last time I went out on a shopping spree. I say this not to imply “You can do these things too!”, but rather to note that I seem to have figured out a system that works for me and makes me happy. There’s a Tom Petty lyric about rock ‘n’ roll: “They love it like you love Jesus, it does the same thing to their soul.” Not that concerts are the be-all-end-all of everything, and I admit I sometimes harbor guilt over the materialistic aspect of the situation, but my best advice for anyone who’s young and questioning their future is to find what makes you passionate or fills you with joy and devote every fiber of your being to that thing.

That being said, the times they are a-changin’ and gone are the days when you might spend your evening standing outside a venue hoping to score a last-minute ticket. At Grateful Dead shows, fans used to hold up a finger and declare “I need a miracle!” on the off chance that some kind soul would spare them an extra seat at the show. That still happens on occasion, but these days nearly everything has shifted online, and big-name ticket distribution sites like Ticketmaster, StubHub, and Live Nation have come to dominate the virtual ticket market.

Anyone who has ever attempted to buy tickets to a concert, sporting event, or anything taking place at a bigger venue has likely run into the hot mess that is online ticket distribution. “Scalpers” (companies or individuals that use bots to buy up large quantities of tickets and then resell them at a far higher price) have unfortunately become a major reason why more and more people can’t afford to attend concerts. What might start out as a 20 or 30 dollar ticket suddenly becomes 100 or 200 dollars, leaving hundreds of people out of the loop. The heart of the issue then finds its way back to the ticket distributors. You can’t blame someone for wanting to make a profit (well, ok, you can), but you can most definitely blame the companies like Ticketmaster or StubHub for standing idly by and allowing the tickets to be scalped. Why aren’t these organizations doing anything about it? Technically speaking, the practice of using bots to buy up tickets is illegal, but the federal government doesn’t seem to care too much.

Some people in the industry, including the bands themselves, have attempted to work around the issue. Nine Inch Nails tried eliminating online sales altogether, reverting back to the old-fashioned method of selling tickets in-person at box offices only — not necessarily a practical solution in the 21st century. Others like Bruce Springsteen and the Grateful Dead (Dead and Company), tried implementing a lottery system in which fans enter their information and if their name gets selected, they are then eligible to purchase tickets, making the process fully and completely random and based on sheer luck. You really do need a miracle for that.

For people like myself, who attend gigs regularly, this is routine. But the real people who lose out are the ones where there may be one or two shows a year they’re really excited about getting tickets for, only to find that because of scalpers, prices have soared to an unreasonable level.

“If I could move the night, I would. And I would turn the world around if I could,” Cave sings on the title track. “There’s nothing wrong with loving something you can’t hold in your hand.” And since there’s nothing wrong with that, I caved (ba dum tsss) and bought a ticket from Ticketmaster to see Nick Cave perform at the Barclays Center in September. I may hate the system, but I have little choice.

There’s nothing tangible or hard about Ghosteen, and that’s likely part of Cave’s message: that our experiences are very much about how we live them spiritually in the present, and not about how we plan them concretely.

“Everyone has a heart and it’s calling for something,” he says on a track called “Bright Horses,” “and we’re all so sick and tired of seeing things as they are.”

I am, indeed, sick and tired of seeing the ticket industry disregard the wants and needs of concert-goers. I’d like to think that everyone who gets involved in the business has the best interests of the fans at heart, but it simply isn’t true. I’m reminded of another Petty lyric (I’m chock full of them): “All the boys upstairs wanna see how much you’ll pay for what you used to get for free.” My ticket for Nick Cave wound up under $40: a feasible price, but there’s no telling how high those prices will go in the coming months.

“This world is plain to see,” Cave continues on “Bright Horses.” “It don’t mean we can’t believe in something anyway.”

My advice for the concert-attendee of today: Keep your eyes peeled and keep believing in the music anyway.