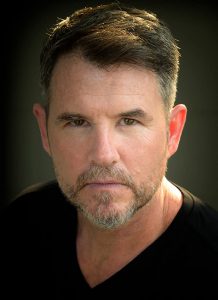 On a drive cross country, an aspiring actor on his way to Los Angeles was rear-ended and suffered a neck injury. Receiving a $7500 settlement for the accident, he decided to use the cash to make a movie per a friend’s suggestion. That aspiring actor was Patrick Newall.

A theater arts major and Brooklyn native, Patrick Newall studied at Brooklyn College from 1986 to 1991. After graduating, Newall moved to Los Angeles permanently, and the first film he made with the settlement cash launched what would be a very successful producing career.

“It was not a particularly good film, but it was a fun one to make,” Newall said of that first film he made with his settlement check. “I kind of got the filmmaking bug after that… and I just haven’t stopped.”

Since then, Newall has become a successful producer and executive producer, credited with over two dozen motion pictures, short films, music videos, and plays. He collaborated most recently with the Russo Brothers of “Avengers: Endgame” fame on AGBO’s “Extraction” and “Cherry.”

On May 5, 2020, the Magner Career Center invited Newall to a Zoom call to discuss his experiences in the film industry and offer advice to students hoping to follow in his footsteps.

Newall revealed his desire to launch an acting career, but made clear that his career trajectory did not go as planned. As an avid lover of film and storytelling, however, his true passion was born.

“I still dabbled in acting a little bit, but it really became obvious to me that the career opportunities presenting themselves were in producing and in filmmaking,” Newall said. “I often say I got into filmmaking by accident with that car accident. It just became a passion. I just love the kind of collaborative feeling.”

For Newall, a typical day involves scouting with both the director and the rest of the collaborative team to decide where to film and formulate a plan. Newall then goes to that city or country and sets up an office to hire people from all over the world. Going forward, days involve meetings with the various departments to go over choices and concept work for the film that range from casting to special effects and design elements.

In terms of advice, Newall discussed the importance of networking and making yourself memorable.

“I was bad at this early in my career. I wasn’t really good at following up with people or dropping a note…but do that!” Newall said. “Most people are not going to have the energy or the time to remember you. You have to make yourself valuable in this business.”

Specifically, Newall recalled a Brooklyn College student named Amina Nada who he met through the Magner Career Center and stayed in touch with. When “Mosul,” a 2019 film Newall executive produced, needed a director’s assistant who spoke Arabic, Newall immediately thought of Nada.

This experience led to Nada relocating to Los Angeles to pursue a career, as Newall once did. However, Newall, who still resides in California, revealed that moving to Los Angeles is not always necessary to launch a career in film.

“I have made 31 feature films in my career and two of them in L.A.,” Newall said. “Everybody has a path and your path is not going to look like my path and vice versa.”

Newall did warn students that going to Los Angeles on occasion may be necessary, since it is “the hub of the business.” He also revealed how important it is to put yourself in position to “drop everything” at a moment’s notice.

“Keep yourself in a safe place. Find a way to keep your rent low to pay your bills so you are not stressing about those things because money will most likely not come in the first couple years,” Newall advised.

Newall then emphasized the importance of listening to criticism and not letting it discourage you. He recalled similar advice that he received earlier in his career: “Listen to what the business gives back to you.”

“People will tell you all kinds of things… you got to develop a thick skin in this business,” Newall added.

Newall was careful to mention how tough it is to succeed in the film industry, but encouraged students to work hard, set attainable goals, and be easy on themselves.

“Just keep pushing forward and if you have the talent and you have the perseverance and you want it bad enough, you will make it,” Newall said. “If it’s really in your blood, nothing is going to stop you.”