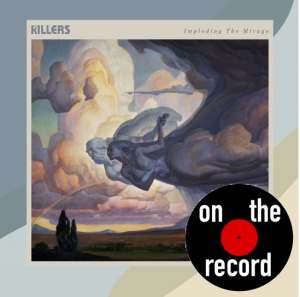 As I write this inaugural piece to begin the fall semester, I’ve just finished the first day of classes. My back hurts from sitting at my desk for hours, I’ve drank more than enough coffee, and the last gasps of August heat are doing me no favors. It’s unthinkable to me that this was, in effect, my very last first day of school for the considerable future, and here I am doing it from my tiny desk in my tiny Brooklyn apartment.

The best thing about this semester is that no one has been asking how our summers have been. They’ve all been terrible, we know that. In the beginning of the year, my summer plans would have likely included far more trips to the beach, far more afternoons in ice-cold museum air conditioning, and far more popsicles in the park. I had concert plans, travel plans, and what-the-hell-let’s-get-drinks-in-the-east-village plans. Instead, I’ve executed the vast majority of my work from this tiny, cheap desk that I ordered from Amazon and assembled myself. I’ve made international calls and left dumb voicemails from a desk chair that I insisted on lugging back with me to Brooklyn from Buffalo. It’s a small banker-style chair that my dad plucked from the curb one day, polished up, and became mine. I have horrific posture that this chair does not make any better, but I sit and write in it each and every day. I know it makes him happy to know the chair gets all the good use.

I cannot — and likely will never — believe that I spent three months living at home in Buffalo. Those of you who work hard to move out, who uproot nearly everything you’re familiar with, and land yourself in a new city miles and hours from most everyone you know will understand how bizarre it is to return home. I made a FaceTime call with someone while in my childhood bedroom and they asked to see my room. I had nothing to show. I joked that I felt like I was living in an AirBnb in my own house. When I moved out, I moved out.

But we all felt the frustration of existing in a space that we had no plans to exist in for so many weeks at a time. Before I moved back, I took long drives in my mother’s station wagon — along the river, up to Niagara Falls, as close to Canada as I could possibly get without violating international law — anything to feel like I was existing somewhere else, at least for a little while. At the time, The Killers had just put out a single, “Caution.” I listened once and hated it. Too much pop, not enough grit.

Then I took a drive and listened to it again.

With the windows rolled down and the breeze whipping through the car, suddenly Brandon Flowers was telling me exactly what I needed to hear about throwing caution to the wind and leaving the past behind.

“If I don’t get out / Out of this town / I just might be the one who finally burns it down.”

Lindsey Buckingham’s guitar solo rips through the track like it cares about nothing and no one. I ripped down the road along the Niagara River heading absolutely nowhere, volume up to eleven, forgetting for a moment why I was there in Buffalo in the first place. I had forgotten how good it felt to hit the open road and think about only the scenery and the song.

The newest record from The Killers, Imploding the Mirage, can only really be described as quintessentially, well, them. Brandon Flowers and the band have offered a level of consistently good music for 20 some years now, and they’re hardly about to quit.

“I felt eighty-sixed,” Flowers sings on “Fire in Bone,” a supremely Talking Heads-esque track, minus Byrne’s self-absorption. I laughed, thinking about the many hours I spent pouring over restaurant tables at the Sicilian place I worked at through high school, where we’d yell in the kitchen about which items were “eighty-sixed” for the night. Three months of driving around home was like a crash course in every venue I used to rock around in as a teenager.

I’ve always found the genius and beauty of The Killers is in their unusual ability to write about the fear, hope, and heartbreak of young people trying — for the love of god — to find something new on the horizon. The Killers do something that artists like Tom Petty or Bob Dylan have done. Often using a young woman as a central character, they don’t simply write about her as an object, but as someone both deeply vulnerable and flawed, but also restless, soulful, and passionate — eager to go anywhere beyond the desert or her little hometown. There are big dreams to dream, big promises to fill. On “Blowback,” Flowers writes about that broken but unbridled woman.

“And she knows where she comes from / doesn’t need you dragging her all through it again / but she’s gonna break out, boy, you’d better know that, it’s just a matter of time.”

There’s a resiliency to the record as a whole.

“In the light, in the heat, through the folds, and the bends. And again, and again, and again,” he sings on “When the Dreams Run Dry,” using a melody that echoes one from 80s country supergroup, The Highwaymen. The Killers have come back again.

A few weeks ago, my younger sister passed her driving test, a milestone if ever there was one in a town where you can’t visit too many places without a car.

“Blasting ‘Caution’ while driving alone on a nice day is great,” she texted me. Yes, it is, isn’t it. Many weeks after I drove like that myself, it’s good to know that the track is still blasting on the streets of Buffalo — the town I moved out of and didn’t finally burn to the ground. Now I blast it here in my headphones within my tiny apartment walls, though nothing about it feels trapping.