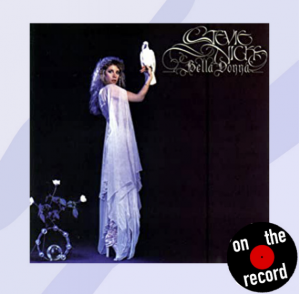 In music, politics, and seemingly every venue in between, there is an invisible resistance band that women have carried the burden of. Nothing is impossible — hard work and thick skin will often do the trick — but in almost every scenario in which accomplishments mean something, women are inevitably faced with a slightly higher, more slanted wall to scale.

Of course, it isn’t always about the accomplishment and the accompanying photos, plaques, and ceremonies it brings. When Ruth Bader Ginsburg diligently toiled over those women’s rights cases in the 1970s, she didn’t do so for the fame or glory that would eventually be tied to her name — she did so because the alternative didn’t make sense. There are thousands upon thousands of words that will likely be written about her legacy in the coming weeks, and my grief has been similar to many, many others, but my most immediate reaction has been one of gratitude. I live in a state that is, traditionally, blue, and will unlikely divert from that at any point in the future. I also grew up with a set up parents who were fortunate enough to have reliable access to the various forms of health coverage I needed. When my mother graduated from college with a degree in social work, she took a job at Planned Parenthood, and it went without saying in my household that having autonomy over our own reproductive processes was as natural a right as the right to clean water or shelter. I had very little reason to ever stop and think “Well, now what might my plan be if X, Y, or Z should happen?” Now I have plenty of reason.

“She fought for me, and all women,” Nicks wrote. “She was our girl, our champion, our finest example.” One quiet and demure, the other mystical and alluring, both women have served as something not commonly found in their respective industries: a role model for other women.

You can fly swinging from your trapeze / Scaring all the people / But you’ll never scare me.”

The opening lyrics to the title track, “Bella Donna,” leave little to the imagination. Nicks is no fool, and knows precisely the way the game is played. Despite much of the rock and roll industry insisting that this was really a man’s world, their words were not reality.

In between work with Fleetwood Mac, Nicks chose to write and record her entire debut solo album for really no other reason than, well, she wanted to. The move was bold, considering the rocky connections of the members of Fleetwood Mac, and her notoriously dramatic relationship with guitarist Lindsey Buckingham. Yet, Nicks set to work with producer Jimmy Iovine, hired Tom Petty and the Heartbreakers and Don Henley for a handful of tracks, and wound up creating a record that still stands the test of time. Her message was never brash or spiteful, but straightforward and clear: I am a star in my own right and I don’t need a band to get me there.

“The timeless face of a rock and roll woman while her heart breaks / Oh, you know the dream keeps coming even when you forget to feel / For me it’s the only life that I’ve ever known.”

On “After the Glitter Fades,” Nicks reminds us that the stage is almost certainly where she feels most at home. Like Ginsburg, her unprecedented approach occurred because it made the most common sense — they blazed trails because the alternative was simply not an option.

Bella Donna would end up landing Nicks a second Rock and Roll Hall of Fame induction in 2019. She is the only woman to be inducted twice, compared to 22 men.

“As with all legends, you think they will live forever, so you will get there in time,” Nicks continued in her tribute to Ginsburg. “I did not get to meet her. I did not get to stand in her grace.”

If there is consolation to be had, it must be in knowing that women like Ginsburg and Nicks existed all through the 20th century from all walks of life, and they continue to exist in this day and age. So long as there are walls and barriers that attempt to bar us from our inalienable rights, there will be women like them — like us — who will demand the feet be taken off our necks.