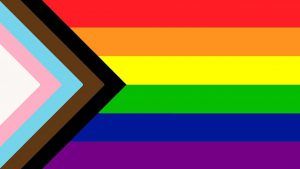 A Brooklyn College Women’s and Gender Studies professor has received threats after right-wing news outlets posted their syllabus online in a story criticizing the professor’s policy on misgendering.

The policy, which BC adjunct B Aultman has had in their syllabus in some form since 2011, states: “Intentional misgendering, as with any attempt to slur another student’s personal integrity on the bases of race, ethnicity, or religion, will result in immediate dismissal from the class for that session.”

Aultman received a series of messages from supervisors pertaining to a complaint concerning the policy on Sept. 21.

“I was kind of surprised,” they said. Aultman was asked to refer students to the Title IX office or use the situation as a chance for a teaching moment. Aultman disagreed with the college’s suggestion on their policy, because the behavior it is in place for is not one of discussion.

“They are not there to learn, they are there to disrupt,” they said.

This is the first time Aultman has ever received any negative feedback on their policy, and has never had to put it into use by dismissing a student. “I never had to do that in the 12 years I have taught,” they said.

Aultman stressed the policy is not meant to pertain to accidental misgendering, but specifically “intentionally misgendering, intentional dehumanization,” as they put it. “If people would just read the word ‘intentional’…people make mistakes.”

After the dialog with administration, Aultman believed the situation had been resolved. “I thought it would blow over,” they said.

However, early this month, right-wing outlets Campus Fix, Campus Reform, and TheBlaze ran an article on Aultman’s syllabus policy that was picked up by other websites, claiming to have been informed about it by an upset student.

“It is unreasonable to expect everyone to be accepting of the new standards of proper or acceptable behavior that the twenty-first century has made way for with its fast-changing dynamic,” the anonymous student told Campus Reform.

The article in Campus Reform also published Aultman’s entire syllabus, along with their CUNY Graduate Center email address, which they said was submitted by another BC professor on behalf of the student, asking to stay anonymous as well. Aultman described the story as “silly” and “absolutely despicable.”

Within a few days, as the story spread around the blogosphere, Aultman began receiving hateful emails. The first, from someone in San Francisco made transphobic remarks, including calling Aultman an “it” and that they “shouldn’t be teaching.” Another email called them a “monster.”

“It was unnerving,” they said.

The story made many LQBTQ students at Brooklyn College feel uneasy.

“It made gender variant and LGBT students, staff and faculty feel very unsafe,” said Kyle Aaron Reese, President of the Queer Student Action Alliance, and Chair of the LGBT Resource Commitee. “I mean it’s upsetting. Upsetting that people need to be so blatantly cruel, and extremely unsettling that a professor from our school anonymously threw another professor into harm’s way, by name, and hung them out to dry.”

Reese added that the incident made the LGBTQ community on campus “unsettled, upset, and scared I think too.”

In a statement to the Vanguard, BC Media Relations Manager Richard Pietras said the college did not tell the professor to amend the policy.

“The College has reviewed the guidelines in the syllabus regarding “intentional misgendering, as with any attempt to slur another student’s personal integrity on the basis of race, ethnicity, or religion,” and has determined that they are in line with the College’s policy, which allows faculty members to set guidelines for their courses and to ask students to leave a class if those guidelines are not followed. Intentional misgendering is a violation of Brooklyn College policy with regard to gender discrimination and of New York City law,” he said.

Aultman is currently working on an open letter to academic outlets about the situation, and believes they were unnecessarily asked by the college to change the policy. “It feels like I was put under the thumb of the administration,” they said, “If BC is going to stand against hate then they should.”