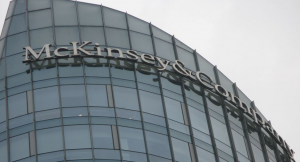 The CUNY Board of Trustees withdrew a vote last Monday on a proposal to hire a private company to help CUNY reopen its campuses after the proposal’s cost sparked criticism from the largest faculty union at CUNY.

The Board planned to vote to authorize an estimated $3 million partnership with McKinsey and Company, an international consulting firm. However, Chairman William Thompson made a movement to table the vote, and Trustee Fernando Ferrer seconded his decision. The meeting adjourned without further discussion of the proposal.

The delay of the vote came in the wake of a heated letter sent that day to the Board from the Professional Staff Congress.

“The proposal to spend $3 million on a contract with a for-profit consulting firm to do the work CUNY managers are paid handsomely to do is outrageous,” wrote PSC president Barbara Bowen.

Bowen maintained that CUNY already had employed experts in health and hygiene and did not need to hire an outside company. She also criticized the University’s choice of McKinsey, which was hired last year by Governor Andrew Cuomo to help the state’s Health Department with its response to COVID-19. The company also took part in writing the state report that miscounted nursing home deaths.

“The choice of McKinsey suggests a dangerous lack of judgment,” she claimed in the letter.

CUNY has previously worked with McKinsey, hiring them in 2016 for research, according to their contract, to “optimize the business and administrative operations of CUNY.” CUNY paid the company $1.6 million through funds from the University’s Research Foundation.

CUNY’s 25 colleges, and its central office, have been working for months on plans to reopen campuses. On Apr. 13, BC President Michelle Anderson wrote in an email to BC students and staff that “our Environmental Health and Safety, Informational Technology, and Facilities Planning teams” were assessing the campus’s spaces to determine “density, capacity, cleaning protocols, and necessary staff.”

The Board’s proposal to hire McKinsey did not detail how or in what capacity the company would manage individual campus’ reopening plans. The Board has not said whether they will bring the proposal up again for a vote.