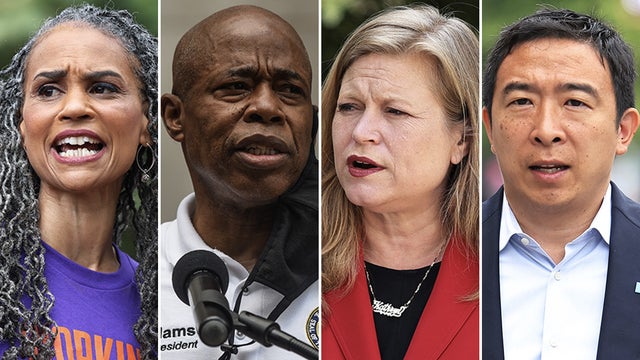 As ranked-choice voting made its debut in this year’s primaries, New Yorkers waited for weeks after Jun. 22 to know which mayoral candidate took home their party’s nomination. After the results came in, Brooklyn Borough President Eric Adams won the Democratic primary by a small margin against his opponent Kathryn Garcia, making him the city’s top contender.

With a few months left until a new mayor is in office, some CUNY students opined that now is the time for New Yorkers to do their research on those remaining in the race.

“Local elections have a bigger impact on you than federal ones. So if any election is important, it’s this one,” said Shanizea, a Hunter College student majoring in political science, who did not want to share her last name.

Adams garnered 30.8 percent of first-choice votes, according to Politico. Maya Wiley, who was previously Mayor Bill DeBlasio’s counsel, followed with 21.4 percent. Some students thought these outcomes were bound to happen, given the immense publicity and media coverage certain candidates were amassing.

“Honestly, it may be Eric Adams at this point. I haven’t heard any other mayoral candidate who has been in the news as much as him,” said Joshua Ramon, a recent Brooklyn College graduate. Ramon thinks that given Adams’ win in the primaries, he may just be able to succeed DeBlasio.

Similarly, Brooklyn College student Paola Munoz finds that more New Yorkers are likely to side with Adams and his politics since they are not ready for “progressive change.”

“I think most New Yorkers are not politically aware of what’s happening, but those that are will vote for Eric Adams,” Munoz said, admitting that she does not regularly keep up with the race nor Adams’ proposals. “I feel like Eric Adams is more of a comfort zone for New Yorkers.”

To Shanizea, who expected New Yorkers to vote for left-leaning candidates and policies, the primaries were disappointing. As a voter for the race, she focused on how mayoral hopefuls would go about policing, given the backdrop of last year’s protests against police brutality after the murder of Geroge Floyd. Shanizea thinks Adams is more loyal to the policing institution “rather than the people of New York.”

“I see how my community reacts to the police, we don’t feel safe,” she said. “It doesn’t help us curb crime, it doesn’t make us feel like we have people in our community we can reach out to if there’s an emergency.”

As NYC opens back up after more than a year of COVID-restrictions, Shanizea and other students think that the new mayor should have a solid game plan on how to go about the city’s recovery. From aiding communities riddled with COVID to improving the city’s public healthcare system, the next mayor must address many issues, students explained. “It should be taken slow,” BC alum Ramon said.

Besides their plans for recovery, other students looked for how candidates would better the day-to-day lives of New Yorkers–from addressing the city’s high rent to the MTA’s deficits.

Others like Ridwan Waseef, a Hunter College student, even drew close attention to how those running acknowledged the attacks against Palestine that happened this past May. Initially, Waseef was planning on voting for former contender Andrew Yang but was disappointed in his lack of response to what Palestinians were facing.

“The number of casualties in Palestine and children that died, and he just didn’t acknowledge it,” said Waseef. Hours after the primaries, Yang conceded as his vote tallies fell short.

To Waseef and other students, beyond being capable of handling all of the Big Apple’s problems, the city’s next head should be a New Yorker through and through.

“Having those experiences will help them understand – knowing what New Yorkers want at the core of the heart,” said Waseef. “That’s what the next mayor of New York City should have.”