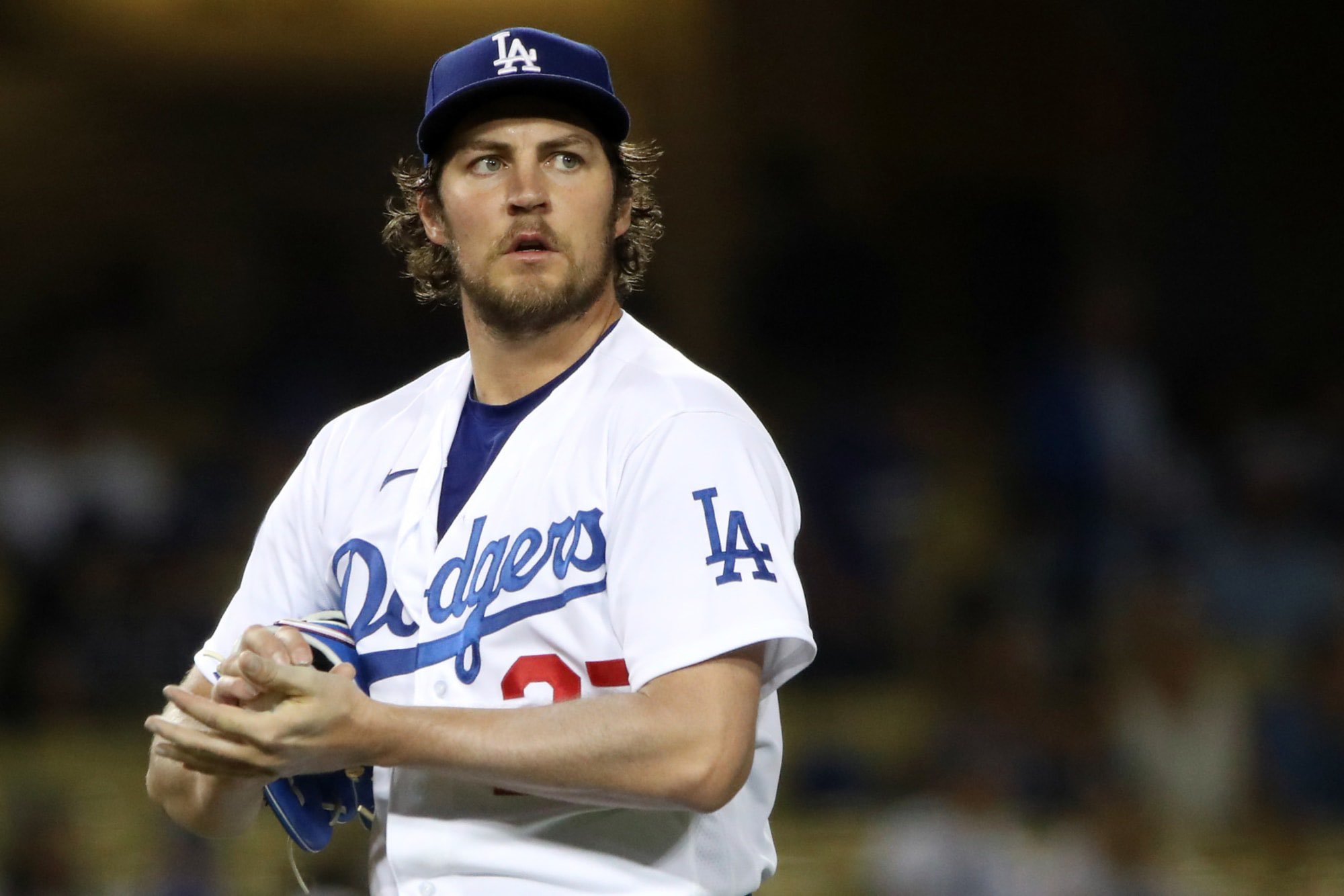 Trevor Bauer on June 12, 2021, one of his final MLB appearances before his mandated administrative leave began./ Katelyn Mulcahy of Getty Images.

The Los Angeles Dodgers, a World Series contender, will be without pitching ace Trevor Bauer for a while, and no one knows when he will be back.

Bauer, the 2020 National League Cy Young Award winner, was placed on administrative leave by Major League Baseball back in early July, while Pasadena County police investigate claims of sexual assault made against him. While no charges have been made against the Dodgers pitcher, the league has decided to place Bauer on leave and ban him from any team activities for the time being.

The accuser, who remains unnamed, claims Bauer and her consented to intercourse, but that Bauer raped her after choking her unconscious. Bauer claims that interaction was completely consensual with his agent calling the accusations “defamatory” and “baseless.”

Back in late June, before Bauer was placed on leave, the Dodgers released a statement, addressing the allegations.

“The Dodgers were made aware of the allegations made against Trevor Bauer late this afternoon, and immediately contacted Major League Baseball, which will be handling this matter,” the statement reads. “The Dodgers take any allegations of this nature very seriously, but will have no further comment at this time.” True to their word, the Dodgers have not mentioned Bauer since.

Disturbingly enough, Bauer is not the only big name MLB star to have his season put on hold for criminal allegations this year. Starlin Castro, a shortstop for the Washington Nationals, and Marcell Ozuna, an outfielder for the Atlanta Braves, were both suspended for domestic violence charges earlier this season.

MLB’s response to these allegations, however, come as no surprise. In a statement from 2015 regarding the league’s still standing policy on domestic violence, Player Association Executive Director Tony Clark stated, “Players are husbands, fathers, sons, and boyfriends. And as such want to set an example that makes clear there is no such place for domestic abuse in our society.” Coming down hard on big names like Bauer, Ozuna, and Castro seem to be in line with Clark’s comments.

Bauer’s absence, however, comes at an unfortunate time for last year’s World Series champions. The recently signed Bauer was pitching well for the team, still leading them in strikeouts despite missing almost a month of play.

As reported by Mike DiGiovanna of the Los Angeles Times, however, how Bauer’s absence will affect the team comes secondary to these serious allegations as many Dodgers players supposedly do not want Bauer to return any time soon.

“No teammate has spoken publicly about him or come to his defense,” notes DiGiovanna in his report. “Two people with knowledge of Dodgers clubhouse dynamics, who are unauthorized to speak publicly about the situation, said that a majority of players do not want Bauer back under any circumstances.”

The Dodgers will be without Bauer until at least Aug. 6th, and by then the playoff race could look much different. Whether Bauer will be back in time for any conceivable postseason run, only time will tell.