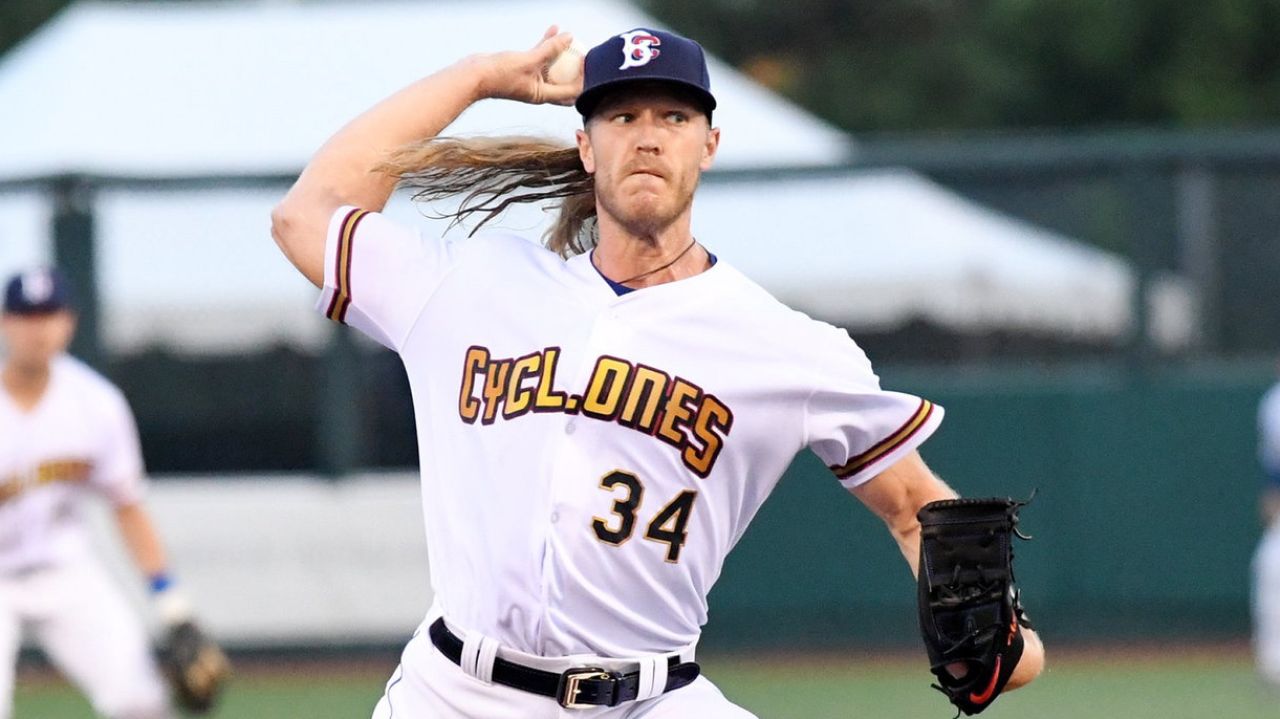 Noah Syndergaard pitching for the Brooklyn Cyclones./Errol Anderson of Newsday

This past Sunday, I sat with a hotdog in hand at Maimonides Park, eagerly waiting for one of baseball’s most electrifying pitchers, Noah Syndergaard, to take the mound for the Brooklyn Cyclones, a rehab assignment that’s part of his recovery from a torn UCL. But when the Cyclones took the field at 4:00 p.m., there was no Syndergaard. As reported by ESPN, Syndergaard tested positive for COVID-19 on Sunday, Aug. 29, which also happened to be his birthday.

“This birthday is so sick,” Syndergaard jokingly tweeted when the news broke on Sunday. Though Syndergaard took the setback in stride, this was no laughing matter for the struggling New York Mets.

Syndergaard hasn’t pitched at Citi Field in almost two years, having received Tommy John surgery in March 2020, right after the season was seemingly over due to COVID. Since then, it has been a struggle to get a healthy Syndergaard on the mound.

The Mets pitcher could not pitch at all in 2020, but he finally took the bump in May of this year, playing for the St. Lucie Mets, the Low-A affiliate of the New York Mets.

That stint in Florida, however, was cut short by elbow inflammation. Last Thursday, Syndergaard returned and threw one inning for the Cyclones, letting up one run in the process. But this has been the extent of his return thus far.

Despite his progress, Syndergaard is “nowhere close” to a return, according to Mets Manager Luis Rojas. Perhaps Rojas has a good reason for his assessment. In a recent statement Syndergaard made, he said he is eliminating breaking pitches (curveball and slider specifically) from his repertoire for the time being, per doctor’s orders.

“He has an opportunity to keep working on his changeup, which is a pitch he developed through his rehab starts,” Rojas told the New York Post. Like many Mets fans these days, it seems the manager is also searching for a silver lining.

The Mets could have used a healthy Syndergaard in recent months. Starting in July, the team played 54 games and lost 32, dropping them to third place in the National League East after leading the division. The team has also been without star pitcher Jacob Degrom since July 7, when he pitched a victory against the surprisingly dominant Milwaukee Brewers. Injuries among their pitchers coinciding with lackluster play at the plate have put the Mets seven games behind the first-place Atlanta Braves. And it seems, out of playoff contention for yet another season.

Overall, the Syndergaard saga highlights the organizational frustrations that have plagued the Mets lately. As the pitcher is entering the last year of his contract, the team is faced with a hard decision. Do you bring back the former all-star even though he’s barely pitched since 2019? Met fans will certainly be holding their breath this offseason.