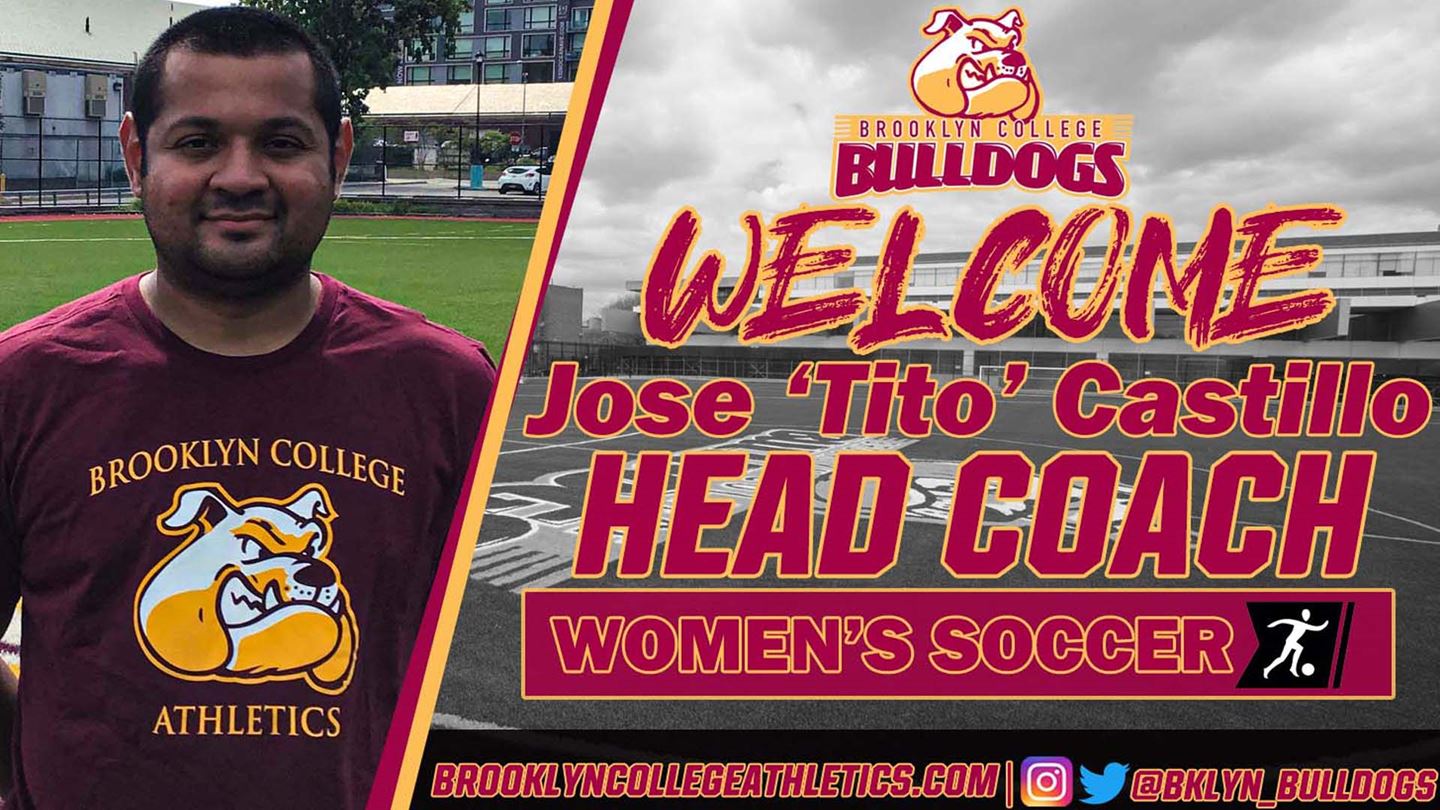 Courtesy of BC Athletics.

On Aug. 27, Brooklyn College Athletics announced that Jose “Tito” Castillo would be the new Head Coach for Brooklyn College’s Women’s Soccer program. He becomes the third head coach since the program started in 2012.

“We are very happy to be able to bring a coach like Jose on board who has experience at a number of levels and is very familiar with the CUNYAC,” Brooklyn College Director of Athletics Bruce Filosa released in a statement.

Castillo has spent the last three seasons at York College, a fellow CUNYAC member, where he was instrumental in developing it’s Women’s Soccer program.

“Jose has been involved as a coach/administrator for most of his adult life,” added Filosa. In his final season with York, the team closed out the 2019 season unbeaten in four of their final six games, finishing the year off with a record of 3-11-1.

Castillo has arrived at Brooklyn College with over fifteen years of experience. Before coaching at Brooklyn, he was able to gain experience from working with the New York Cosmos Training and Development program from 2013 to 2017, and the Albertson Soccer Club since 2005. He also holds coaching licenses from the United Soccer Coaches (NSCAA), United States Soccer Federation (USSF), and United States Youth Soccer Association (USYSA).

“His knowledge of the sport is exceptional and he is an excellent recruiter,” stated Filosa. “We look forward to a long relationship and a return to the CUNYAC Championship.”

The Bulldogs have had two games already and currently have a 0-2-0 record. In the process, they have conceded 14 goals and have failed to score. Their next game is against Rutgers-Newark at home where they hope to pick up their first win of the season.

Jose “Tito” Castillo did not respond to The Vanguard’s request for comment.