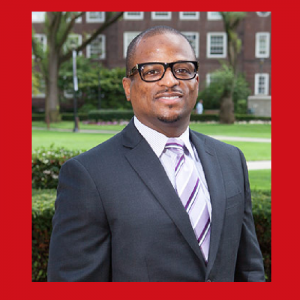 “We are here primarily to listen to you all,” Brown told the students, before opening the floor. “If we’re going to listen to what you have to say, we have to take action.”

Students first wanted to know how conversations on race could be normalized across BC’s campus. Participants suggested an orientation course for incoming students specifically designed to address diversity, equity, and school support resources.

Students also requested anti-racist training for all faculty, as degrees and forms of alleged racist behavior from professors varied across departments.

Many students expressed feelings of discomfort when vocalizing concerns in the classroom.

“Students feel they need to tip-toe around the subject of race in the classroom and minimize their experiences as People of Color so as not to demonize or offend white students and teachers,” one student said.

Though professors often pledge a “safe space” to speak, some students felt that teachers reacted defensively when racial subjects were brought up, becoming annoyed and/or closing conversations quickly.

“You should never feel any type of way for speaking on your experiences,” Ganthier told the students. “If someone gets offended, that’s their problem. You should not have to be sorry for the way you feel.”

The students suggested sessions on race for all students. They also proposed bi-weekly mental health sessions for students to vocalize everyday issues, including those that get brought up in the classroom.

“If this is becoming a barrier in class, we want to fix that,” Jackson said.

Jackson and Brown explained that students who wanted to report discimination by a professor or student had to contact Brown. Establishing grounds for higher punishment – especially for a tenured professor – required evidence of a pattern of racist behavior by the student or teacher. Brown explained that reports could be made anonymously, but named reports allowed him to disclose other complainants, linking students with shared experiences.

Students then brought up the difficulty of defining statements and actions as opinions or racism. Some felt that the term “racism” carried too much weight, and, if reported and used too often, would become minimized.

“Racism is something that should not just be thrown around,” said student Yehudit Meira Biton. “We have to be sure it’s racism before we call it that.”

Brown, however, warned against setting a standard for offense.

“We don’t want to polarize it,” he said. “We want to respect each other’s opinions.”

The listening session lasted for about an hour and drew about thirty students.

← Newer Post
From The Kingsman to The Minds Behind The Games: Patrick Hickey Jr.
Older Post →
ISSO Gets Grant, Helps Students Digitally