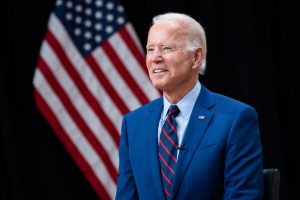 When examining CUNY’s wonderfully rich history of notable alumni and professors, which herald from a diverse pool of racial and economic backgrounds, it is also worth noting that the school used to be free. The financial crisis of the mid-seventies was the beginning of a drowsy tale of heightening tuition costs in step with worsening infrastructure. Students now have to pay for an education and attend class in deteriorating buildings or using online infrastructure, such as Blackboard, that hasn’t seen much improvement in several years. While going to school remotely has shifted the spotlight away from the dysfunctional bathrooms, chipping paint, poor ventilation, and the dilapidated desks and chairs that Brooklyn College has to offer, current students are still regularly reminded of how much better things could be. Inconsistent grading, entirely uncoordinated workloads from department professors, no word about providing hotspots or reliable internet, and poor distribution of online reading material are common features in the lives of many students.

Some level of stress is to be expected while working on a degree, especially if you are employed or playing a crucial role in your family. But it sucks having to go into debt, which could set people back decades financially, in order for the privilege of being stressed out and frustrated with the providers of your education. The experiences of students around the country can speak to similar grievances at much greater costs. Student loan forgiveness is a huge driving force for young people to get involved politically, and politicians love flirting with the idea in order to court their support. Joe Biden is among those who has teased the idea of forgiving student loans, albeit only partially.

Like all politicians, Joe has positioned himself as the guy to deliver us from our societal ills. Whatever physical charm he tries to exude shares the same aura of inauthenticity and ineffectuality as the language he uses to appeal to the masses. Joe has reimagined himself to the American public many times over the years. In his latest spell of convincing us what he stands for, Joe has gone so far as to promise to reunite separated migrant families, create an equitable healthcare system, and forgive student loans.

The national figures for the total student loan debt tower over $1.6 trillion. While payments have been halted, I don’t think it’s unreasonable to do a little more. The $2.2 trillion CARES Act and the successive $900 billion relief bill signed by Trump are going to be further expanded upon by the latest $1.9 trillion stimulus bill which has been sitting in Congress for a few months too long. I’m not a big math guy, but that is an absurd amount of money. On the ground, Americans aren’t having to burn cash to stay warm and haven’t begun trading pieces of gold and silver for goods and services. The economy is a strange beast, but has proven itself perfectly capable of adjusting itself to an outpouring of public spending. I don’t want to flex my lack of traditional economics knowledge alongside my poor math skills, but who is to say that another $1.6 trillion is going to break the bank?

The real problem isn’t the numbers for me though, it is the language. Joe Biden finally won the coveted White House after two unsuccessful attempts and he did so by saying just the right amount of nothing. He kept his mouth shut when things got dicey, and he took a page from Trump’s playbook and promised things that he didn’t have a real intention of enacting once in office. Progressives can remain hopeful that some strides will be made towards ameliorating the mounting loan crisis, but for now, we will have to wait.

While the amount of student loan debt may not be the same for a CUNY student as someone attending a private school out of state, help is needed on just about every front. I suspect that Joe Biden will get away with a lot of broken promises and undelivered demands throughout his tenure. I hope that the American people will either not let him get away with it or never forgive the party he swears allegiance to if he does. Change can be hard to imagine in such a rigid two-party system. It seems like progressive change only happens when both houses of Congress share the same majority as the president at the helm. But even though that is the case right now, we still aren’t seeing the sort of sweeping progressive change that was alluded to during his campaign. The silence from Joe on issues that are burning the feet of the people is growing louder.