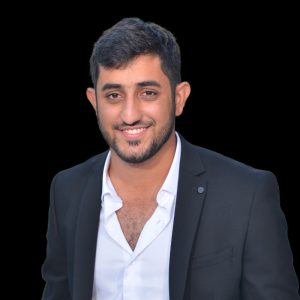 Vice Chair for Technology Fee Affairs and BC student Aharon Grama has repeatedly requested reinstated access to the University Student Senate’s social media accounts, website, and Google Apps, after the Senate revoked his access in December without a clear explanation. People familiar with the situation say that Grama’s permissions were revoked because top Senate members took issue with his influence through technical access.

The removal of Grama’s access appears detrimental, as Grama’s position as Vice Chair for Technology Fee Affairs has come to rely almost entirely on the use of the accounts.

“Regarding my work at the moment, it has been stalled,” Grama said at the Jan. 31 plenary meeting of USS.

Comprising ten Vice Chairs, USS’s Steering Committee is the highest committee within the Senate, but the Vice Chair for Technology Fee Affairs is, according to a source within the committee, the lowest position on the committee and considered something of “a place filler.” USS’s Constitution designates the Vice Chair to communicate with student governments and students about the mediation and allocation of technology fees.

Grama, elected to the position in Sep. 2020, hoped to do more in the position, telling the Vanguard in September that he was planning to develop websites with resources and group chats for students.

“When I started in the University Student Senate I actually thought I could bring change to the students,” Grama said. “I devoted my time and effort to that purpose and was elected to my position.”

Towards the beginning of Grama’s term, the former Executive Director of USS, with the permission of Chairwoman Juvanie Piquant, granted him technical powers, giving him access to websites, drives, and email information. Piquant instructed Grama to give committee members access to their USS emails and passwords.

About a month later, Grama aided two members of the Steering Committee with access to their USS emails, but asked them not to tell Piquant because he felt that she was becoming unhappy with his broad technological access. According to Grama, and two sources within the Steering Committee, his access was subsequently revoked.

In a December meeting of the Steering Committee, Grama complained that his permissions had been removed, and the Committee concluded that they should be reinstated on the grounds that he communicate better about his actions. After the meeting, however, members of the Committee took to a group chat, apparently upset at Grama.

“There was name calling,” said an anonymous Steering Committee member. “It was wild. It was basically just attacking Aharon.”

Though the Committee had agreed at the meeting to reinstate Grama’s permissions, he was still locked out as of the start of the spring semester.

At the January meeting of the plenary, Grama claimed that Chairwoman Juvanie Piquant instructed Executive Director Cyrille Njiking to remove his permissions. Piquant did not respond to Grama’s accusation that she had instructed the removal, or his request for technical permissions at the meeting.

“I never could have predicted the amount of pushback I got by the people who are supposed to support me,” Grama told the Vanguard. “The absolute terrifying situation is that my name was trashed and I was betrayed by multiple people I considered friends. I regret every second I ran for this position and the toll it took on me.”

“There are certain “in” schools, and certain “out” schools,” the member said, distinguishing Brooklyn College as an “out” school, and Grama as a victim of political power play. “There’s this slight paranoia, and this pettiness.”

“I think the withholding of access may have to do with a combination of factors, personality clashes, the hierarchical structure of USS – and Aharon openly challenging that structure, both vocally and in writing – real and perceived deep-seated gender and racial divides,” said the member. “That said, I do feel that withholding Aharon’s access, repeatedly cutting him off when he speaks, being told he’s being ‘disrespectful’ and to ‘show respect,’ up to and including being muted by the host mid-sentence when he questioned such access issues at publicly viewed plenary meetings, is cause for great concern.”

The member expressed hope for the Senate’s ability to work out differences.

“This organization is in great need of reorganizing in terms of structure, to be more horizontal and less hierarchical, and more collaborative than competitive,” the member said, mentioning that USS is currently organizing two taskforces devoted to assessing and updating the USS Constitution and changing election guidelines.

Piquant did not respond to a request for comment.