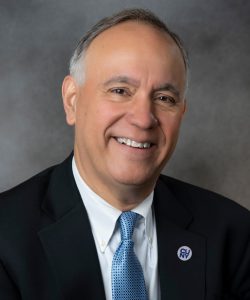 On Sunday, March 29, the CUNY University Student Senate hosted a virtual town hall with CUNY Chancellor Félix V. Matos Rodríguez to answer questions regarding the current unrest that exists from COVID-19 and address the status of CUNY schools.

According to Timothy Hunter, the University Student Senate Chairperson and administrator of the Town Hall, USS, “compiled a list of questions to ask the Chancellor” prior to the meeting to be conscious of his time.

“It’s been a challenging time for our city. From our perspective, we are operating on two guiding principles,” Matos Rodríguez said, “Trying to be always mindful of the health and safety of all the members of the CUNY community […] and doing that at the same time that we try very hard to protect the academic semester for the students.”

The conversation began regarding the transition to distance learning in which Diana Vargas, a student from Kingsborough Community College, expressed concern for professors who have never used such technology before and what steps CUNY is taking to support them.

According to Matos Rodríguez, CUNY dedicated a couple of days, prior to distance learning, to help faculty members “redesign” their classes to allow for a transition as orderly as possible if needed. This involved the faculty working together, creating support groups, and providing faculty with the proper information via faculty committees working at each campus.

“We recognize that not only are we transitioning to a different mode, but it’s also a very tense, difficult moment in the lives of many of us,” Matos Rodríguez added.

Kesi Gordon, a student at York College, brought up CUNY’s Recalibration Period, wondering how that was ultimately decided, as well as the number of devices purchased, where the funding came from, and how they would be distributed.

Matos Rodríguez said that when the original plan was made to move classes online, it was done under the impression that students would still have access to campus resources, such as internet or technology access. When this became impossible, Matos Rodríguez explained that CUNY purchased 30,000 computers via capital funds, and they are beginning to be distributed to campuses to help dependent students.

“We felt that if we could adjust the schedule a little bit and move some of those days from the spring break we would give those students a fighting chance,” Matos Rodríguez explained.         “Even though there was some element of inconvenience in the move, we needed to do the best we could for students who were most vulnerable and try to accelerate the getting of the computers.”

Ethan Milich, USS delegate, and current candidate for USG President at Brooklyn College, asked the Chancellor to address if there were any plans to accommodate students in different time zones or with different work schedules in terms of the weight of class participation and attendance.

“We are encouraging faculty to be creative and open about the idea of participating,” Matos Rodríguez noted.

“Communication is key. The students need to talk and engage their faculty as much as they can about how they are adjusting to things. If they feel the faculty is not being responsive, then elevate that to the department or the dean.”

Nicole Agu, a student from the College of Staten Island and the USS Vice Chairperson of International Affairs, expressed the struggles of international students to make payments on time and requested the Chancellor speak on potentially revising the financial schedule to delay these deadlines for fall 2020, especially if they are unemployed or do not have the means.

Matos Rodríguez revealed that the next steps are currently “in conversation” and that these proposed accommodations are not off the table, as they will consider student recommendations in hopes of providing “flexibility” and “assistance.”

“The economy is going to take a hit, and we depend on city and state revenue support to support our work so I assume there is going to be some impact into the overall budget for CUNY,” Matos Rodríguez said.

“We are trying to do some modeling to try to get ready for it. I don’t think anybody has a good sense of what those numbers are going to be.”

Pavitri Dhanpau, the president of the Student Government Association at York College, drew Matos Rodríguez’s attention to CUNY efforts to help students who are homeless, food insecure or living in an abusive home, as well as those aimed at accommodating students with disabilities.

“We always recommend that the best way is for the student to contact their office of Student Affairs or Student Life so they can get the support through that office to find partners or city agencies that might be able to provide temporary housing or legal advice,” Matos Rodríguez said in response. “Depending on the kind of accommodation…these cases are being handled one by one.”

The town hall ended with a concern raised by Saaif Alam, the alternate USS delegate from John Jay College, regarding food pantries. Alam requested the Chancellor expand on the steps being taken to deal with food insecurity, as well as the accessibility of campus food pantries to all CUNY students.

Matos Rodríguez noted that the hours of these food pantries may be limited, but acknowledged how important keeping them open is to CUNY students.

“We try to have a balance there. That’s why some of that extra money…is put into supporting the stocking of the pantries,” Matos Rodríguez said.

“We want to put as much money as we can in the students’ hands directly and will continue advocating for that.”

Throughout the virtual town hall, many students raised concerns that were not addressed, such as the fate of graduation, tuition hikes, dorming evictions, a pass/fail grading policy, upper faculty pay cuts, and Governor Cuomo’s recent comments about cutting education aid. Another criticism was the town hall’s question and answer format.

”We have the chancellor right here. By directing us to a Google form that wasn’t shared before this town hall, you are not advocating for us,” said Corrinne Greene, a student advocate at Brooklyn College.

Timothy Hunter defended the format of the town hall saying “We are not trying to silence voices, just trying to make this town hall productive.”

“ There is nothing unproductive by letting us ask questions to the people who are supposed to   represent us ,” Roland Sosa responded.

As Chancellor Matos Rodríguez departed, some students asked USS to ask him to commit to another town hall or to stay longer than the promised hour, but this did not happen.

Hunter, however, remained afterward to address any remaining concerns, as the town hall seemed to leave students with more questions than answers.