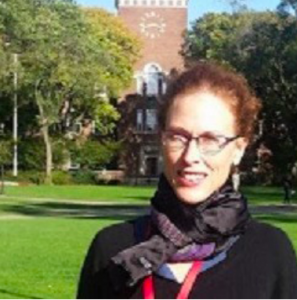 Over the past several weeks, Americans have looked to people for answers on the coronavirus pandemic, and for people to help manage our world through these confusing times. For Brooklyn College, which has a total of four confirmed coronavirus related deaths and an unknown number of infected, one of those looking to provide some of the answers is Carrie Sadovnik, the head of BC’s COVID-19 Response Team.

She was given the job in late February, having previously served as Director of Environmental Health and Safety and chair of the sustainability committee at BC since 2015. Sadovnik described her work at BC as pertaining to a rather “broad field.”

“I helped implement environmental compliance into day-to-day business,” she said over the phone. Sadovnik had previously spent 13 years with the New York City Department of Health, arriving there just after 9/11, where she helped to test the air quality at Ground Zero. Later, Sadovnik oversaw a team of 50 that helped to handle the swine flu epidemic of 2009 and Legionnaires’ disease in 2015; she even helped to keep city health officials safe during the Ebola outbreak of 2016.

“She brings extraordinary expertise, and we are lucky to have her here,” said President Michelle Anderson during a live Instagram Q&A she held with Sadovnik on Mar. 31.

“I love the college […] it is such a pleasure and I cannot wait to see you guys on campus,” Sadovnik said on the Q&A. Before and after the Q&A, Sadovnik figured out how the Instagram filters worked and was putting on virtual bunny ears and noses.

From the moment she was appointed, Sadovnik and her team made sure the campus was already buying health equipment and things like hand sanitizers for bathrooms on campus. Overall, she says, the campus has been managing their response quite well,

“We haven’t been in crisis mode,” she said.

Sadovnik has outlined a multi-pronged effort to BC’s outbreak response, each with its own group of administrators and faculty, that meets as a unit via the Internet everyday. Other members on the team include the Provost Anne Lopes, SVP Alan Gilbert, and VP for Institutional Advancement Todd Galitz. The multifaceted approach included not only the continuation of student learning, but also maintaining the campus has the most up-to-date and accurate information on the pandemic, and maintaining facilities on campus.

Each day, other than meeting with the various groups in charge of different aspects to the coronavirus response, she also works to draft guidances for faculty and staff on how to stay safe during the pandemic. (For instance, one document was on wearing masks while working on campus.) She also spent a recent Sunday helping to gather and deliver Personal protective equipment and other equipment to those still working on campus.

“It’s a skeleton crew,” she said, referring to the few essential workers still working on campus each day, including engineers working on “essential services and utilities” such as the boiler systems.

The most complicated and hardest part of the overall response however, has been the transition from classrooms to online class. “There is a steep learning curve to understanding academic continuation’s needs,” Sadovnik said in a phone call with the Vanguard. “There has been a lot of talk of academic accountability.”

During the March Q&A, while answering a question about the CUNY grading policy, Sadovnik acknowledged the anxiety many continue to face during the pandemic. “This is the most stress many of us will hopefully face in our life,” she said. “This is incredibly stressful.”

One of the key issues with maintaining the continuity of students’ education has been that many students lack access to Wi-Fi and devices. This was the main purpose behind the Chancellor’s “recalibration period” at the beginning of April, which provided time for campuses to deliver devices to students who need it.

“We got the opportunity to plan,” said Sadovnik, “As of April 10, a combination of 306 devices — mostly laptops, along with Chromebooks and tablets — have been distributed to students through social distancing best practices and mail,” she said. That process is still ongoing.

Regardless of the challenges, Sadovnik praises the overall campus response to the pandemic, applauding the team as well as President Anderson on their actions thus far.

“There have been great success stories among faculty and staff, and how they are continuing on,” she said, “tapping into the resiliency we naturally have as a community.”

As for when we may hope to return to campus in the fall, Sadovnik says that much of that is in the planning stages, but for the time being, we have to continue working.

“We all want to be back on campus,” she said.