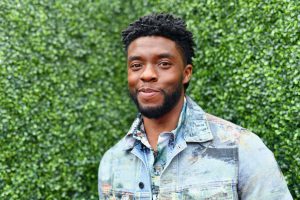 Chadwick Boseman, the actor best known for his role as “Black Panther” in the Marvel Cinematic Universe, has died from stage IV colon cancer. He was 43 years old.

According to Boseman’s social media account, Boseman had been fighting the disease for four years, after receiving an initial diagnosis of stage III colon cancer in 2016. While receiving treatment and undergoing surgeries, Boseman remained an active presence in Hollywood by working on countless films.

Apart from his Black Panther fame, Chadwick Boseman was admired for his historical portrayals of Jackie Robinson in 42, James Brown in Get on Up, and Thurgood Marshall in Marshall.

The news of Boseman’s passing came on the evening of Friday, August 28, as Major League Baseball hosted Jackie Robinson Day and all 30 teams took the field sporting Robinson’s iconic 42 on their backs.

“He was a brilliant actor and a dear friend,” Sharon Robinson, the daughter of Jackie Robinson, shared on Twitter. “We all loved Chad and will cherish our personal memories.”

“There aren’t words to express what an amazing human being Chadwick Boseman was,” said Josh Gad, his Marshall co-star, in an emotional Instagram Live. “Beyond just being Black Panther, Chadwick was T’Challa in real life. He was just somebody who gave and gave and gave.”

In total, Boseman appeared in four Marvel films as Black Panther with a sequel to his solo film of the same name in development for a 2022 release date, according to The Hollywood Reporter.

Released in 2018, Black Panther took the world by storm, earning $1.29 billion at the box office across the globe, according to The Hollywood Reporter. As a result, Boseman became a cultural icon and his portrayal of Black Panther earned him an MTV Movie Award for Best Performance.

Boseman’s last official Marvel credit will come posthumously in “What If…?,” an animated series based on Marvel Comics that is scheduled to be released on Disney+ in summer 2021, according to Collider. Boseman is also set to appear posthumously as Levee in a film adaptation of August Wilson’s “Ma Rainey’s Black Bottom” which wrapped filming over a year ago and is still without an official release date.

“What a man, and what an immense talent,” said Mark Ruffalo, his Marvel co-star, in a statement on Twitter. “Brother, you were one of the all time greats and your greatness was only beginning.”

Boseman is survived by his wife, Taylor Simone Ledward, and the rest of his family who were beside him during his final moments, according to Boseman’s social media account.

Thank you for the memories, Chadwick. Rest in peace. Wakanda Forever. Chadwick Forever.