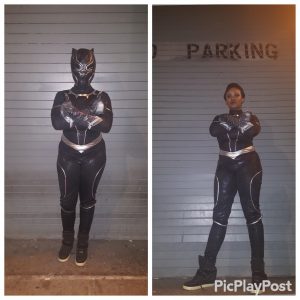 Two days before Halloween, Black organizations on campus showcased their talents through poetry readings, dancing and costume contests at the Black Club Mixer put together by the Women of Color at Brooklyn College.

With the pandemic keeping students indoors for the most part, and racial injustices being highlighted more frequently, this event ultimately provided a safe space for Black students to decompress and embrace who they are.

“The past few weeks have been very stressful for most people, especially dealing with midterms and the political and social climate of the world,” said Mame-Yaa Boateng, president of Women of Color. Boateng used the event to highlight a Black-owned business, her brother’s. Boateng gave away two shirts by her brother’s business “Boyani,” as a prize for the TikTok dance competition.

“There are amazing Black-owned businesses that put thought and care into their work, but they get overlooked since they might not receive the exposure many popularized companies attain,” said Boateng.

In spite of it being a virtual event, the Mixer was an interactive experience that allowed Black clubs on campus to come together, promote their organizations, and just have fun. Clubs such as the Black Student Union, Minority Association for Pre-Health and Pre-Med Students, Glamazon, and fraternities like Sigma Gamma Rho, were all present.

“We are still in a pandemic and it just gives us an opportunity to support one another through it all,” said Shazam Wilson, a 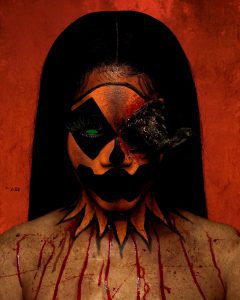 fraternity member of Phi Sigma Chi and aspiring musician, told the Vanguard.  “We don’t know what everyone is going through so even small events like this gives a chance for everyone to touch base and feel some type of centered,” said Wilson. As host for the event, he kept attendees pumped up with his high energy and encouraged participants to dance to their favorite trending Tik Tok moves.

During the mixer, many club members spoke about how they support each other through common interests. “We heavily encourage creative expression in any form,” said Nya Archie when speaking on behalf of club ARTiculate.

In addition to attendees sharing their club missions, several shared poems they had written that highlighted what being a Black woman means to them.

Archie’s poem was a crowd favorite. “My mother told me Black girls descended from royalty,” she recited.

In her poem titled “Women,” Pomie Delva, vice president of Women of Color, spoke about how powerful women are and about not needing validation from anyone.

“I am a woman who lifts other women up,” she said.

Some participants like Oluwadamilola Sholaja, event coordinator of the African Student Union, were active participants in contests throughout the event. For the costume contest, she decided to dress up as Black Panther, one of the first Black superheroes portrayed in Marvel films.

After Black Panther actor Chadwick Boseman’s passing a few months ago, many recognized him as a legend who helped shape how stories of Black people are conveyed on screen.

“This is my tribute to him,” said Sholaja. “Boseman contributed to Black storytelling; any movie he worked on was impactful, for the most part, to the Black people; which I think is beyond humble,” said Sholaja.

Club members also used their time to share their upcoming events, and let attendees know that there is a space for them if they are interested in joining. For example, Glamazon noted that the pandemic would not stop them from giving back this holiday season.

“This year, we are happy to do a toy drive in collaboration with SUNY Downstate,” said Brittany Thevenot, the treasurer of Glamazon. “We usually have a fashion show, but that’s up in the air due to recent events,” said another member.

Even as the last few moments of the Zoom dwindled down, the energy continued. The chat was blowing up with fire emojis, and hand claps. Throughout the night, many sang along to songs, played games, and danced before snapping back to reality.

“It’s crazy out there, so keep your heads up,” said Wilson.

Bobbie Bell is local to the New York area and is pursuing a Bachelor's degree, majoring in Journalism and Media Studies. She covers a variety of news topics ranging from both hard and soft news. This includes entertainment news as well. She believes that everyone has their own story to tell, and is dedicated to sharing stories that have the ability to inspire and impact others.
View all posts by Bobbie Bell →
← Newer Post
Alumni Spotlight: Theater Dept’s Danielle Kogan
Older Post →
WEB Computer Lab to ReOpen