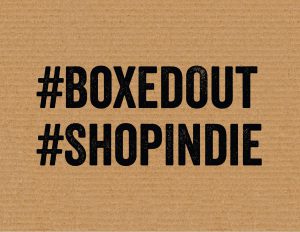 In the past few months since the United States has started to reopen, indie bookstores are urgently pushing for the ability to reopen their doors to the community. However, since the coronavirus pandemic, these bookstores are facing a difficult time trying to compete against online sellers such as Amazon both in in-person and online sales.

“If the struggling indie bookstores close, the cause of death may be listed as COVID-19, but the preexisting condition will be Amazon,” said Dan Cullen, the senior strategy officer for the American Booksellers Association (ABA).

According to a survey in July conducted by the American Booksellers Association (ABA), 400 of their member stores saw a sharp decline in sales compared to 2019, and that some 20 percent of stores surveyed said they may not survive into 2021. Since the initial start of the pandemic and the slow reopening of our country, bookstores must ensure safe social distancing by limiting their store hours as well as maintaining a certain shopper capacity. As a result, these measures have significantly impacted bookstores customer foot traffic and their sales.

To spread consumer awareness on the challenges their local bookstores are facing, the American Booksellers Association, in partnership with DCX NYC, has launched #BoxedOut. The campaign was both a marketing and online social media initiative that launched on Amazon’s Prime Day and has been continuous with their presence since.

Six indie bookstores throughout Los Angeles, Washington DC, and Brooklyn’s own Cafe con Libros, Community Bookstore, and Greenlight Bookstore took part in a staging of brown cardboard facades that covered the entirety of the bookstores. The cardboard was used to demonstrate how the world, especially in the United States, has been overflowed with consumerist ideas and behaviors from Amazon and other competing online sellers.

Accompanying the cardboard boxes were messages from the campaign such as, “If you want Amazon to be the world’s only retailer, keep shopping there,” and “Buy books from people who want to sell books not colonize the moon.”  Amazon’s “boxing out” of local stores has a direct impact on our communities and can lead to a form of isolation such as the loss of local jobs, sales tax revenue, the idea of neighborhood personality, community, and tradition. “People may not realize the cost and consequences of Amazon’s convenience until it’s too late,” Cullen told the Vanguard. He also says that part of the campaign is to show that change is possible with the customer’s financial backing. “We vote with our dollars for the world we want to live in, and this holiday season we have an opportunity to support with our dollars and our purchases from our local small businesses, our neighbors, and our communities,” said Cullen.

Very quickly after the launch of #BoxedOut, independent bookstores across the nation made their mark by posting support for the campaign on social media and creating their own signs downloaded from the ABA’s website. As of Oct. 30, the projected media statistics include 413 million views and 11.6 million engagements on social media. Media coverage has been extensive with outlets such as The New York Times, Washington Post, Boston Globe, and CNN all highlighting the campaign. Participating book shops in Brooklyn have also gained the support of Congresswoman Alexandria Ocasio-Cortez.

Cullen wants consumers to understand that Amazon purposefully and very strategically works to sell the idea that they provide the most affordable price with both ease and convenience. The ultimate cost of choosing to buy from Amazon, rather than our local stores, like Community or Cafe Con Libros, is a direct loss for our community. According to the 2019 Civic Economics “Prime Numbers” study, approximately 28 percent of all revenue of indie bookstores immediately recirculates back into the local economy where the business is located. This in turn translates to a massive local impact advantage of 610 percent over Amazon where as Amazon only recirculates 4 percent locally

Aside from their impact on the local economy, indie bookstores offer an incomparable advantage over Amazon which is the opportunity to discover new titles and authors for readers. Cullen says that local bookstores “have the ability to put the right book into the hands of a reader that can’t in any way be replicated by access to an online algorithm.”

In an effort to support our local bookstores this upcoming holiday season, Cullen asks customers to get a head start on their wishlist shopping. “By shopping early, shoppers and gift-givers can be sure to find the titles they want and ensure that recipients will receive their gifts by the holidays,” he said. Cullen also says that many of the new upcoming titles already have seen a high request for pre-orders and demand. Because of COVID-19, Cullen warns that last-minute shopping will be more difficult due to safety restrictions. So plan as if November is the new December and support your community.