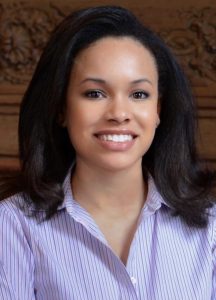 On Tuesday, Nov. 10, Dr. Andrea Myers Achi, assistant curator in the Department of Medieval Art and the Cloisters for the Metropolitan Museum of Art, gave Brooklyn College students a lecture about Byzantine art and Christianity in Africa.

Hosted by Professor Jennifer Ball, the lecture was a part of the Art Department’s lecture series in accordance with the Black Lives Research and Engagement series by the Ethyl R. Wolfe Institute for Humanities.

Dr. Achi, whose work specializes in late antique and Byzantine art, spoke of how the study of Christain African communities is connected with the Byzantine Empire and how that connection allows us to expand our knowledge of the Byzantine world.

A common misconception in the classification of Christain art during the Byzantine era is that it is often never credited as African art. Achi explained how this misconception is so common and how the truth gets lost in translation and exhibitions of art within the era. Africa, which some people often think is a country set onto itself, is in fact a large continent with many different elements and cultures.

“While it’s true that the material culture[s] of North Africa have meaningful links to the Mediterranian Basin, the art cannot be claimed to be ‘non-African,’” explained Achi. “The arts from late antique and Early Christian periods are perpetually understudied and misunderstood.”

While explaining the contributions to this era of art by those in Africa, Dr. Achi clearly noted the connections between the Christian religion, African art, and the Byzantine era.

“Christianity defined the art and material culture of Etheopian society,” said Achi. “Etheopian monks in the 15th century traveled throughout France to collect artwork to bring them back home with them using the artwork to make their own, appropriating them.”

As the lecture came to a close, Achi’s concluding note was that she hoped she had made clear connections within these topics despite her research often presenting “more questions than answers.”