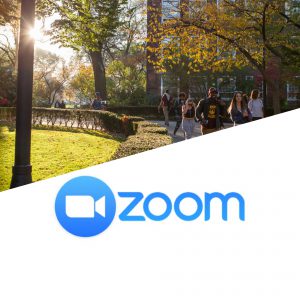 As the first full semester of online learning comes to a close and the school prepares for a remote spring, students expressed feelings about this semester being one of trial and error.

“I think the fall semester was semi successful remotely, however it did take a lot to get here,” said Fahria Orine, a junior at Brooklyn College majoring in psychology.

As much as professors have attempted to imitate in-person learning such as placing students in breakout rooms and attempting to keep students engaged as they sat staring at a computer all day, nothing’s replaced being on campus.

Asma Awad, a senior at Brooklyn College majoring in computer science, opined that remote learning isn’t easy on the student or the professor. “I know that a lot of students struggle with online learning and I do too in that I tend to get distracted at home, so I can’t say the responsibility of the success of the semester is all on professors,” said Awad.

Harrison Sheckler, a second year Master’s student in music performance, echoed the sentiment that this is anything but normal times, but thought the summer break this year gave students and professors time to prepare for the fall.

“I would definitely say initially in the spring when we went online, everything was rushed and everyone was trying their best to adapt,” said Sheckler.

Remote classes have been an obstacle to many students like Sheckler who rely on “performance based classes” in which they “collaborate with peers.” This semester allowed students to test the boundaries of technology, in an attempt to make the best out of an unfortunate situation.

“I created virtual choir videos and that’s what I saw the professors really gravitated towards and implemented into their courses,” he said.

“I expect next semester to be harder because now professors have the hang of online schooling as well so the amount of assignments are likely to increase,” said Fahria Orine.

One of the earliest developments for the spring semester is a reinforced policy that bars professors from forcing students to have their cameras on in class, unless otherwise stated as a requirement when registering.

“It’s a privacy issue,” said Sheckler, although he can see both sides of the argument.

“It’s also hard to teach to a bunch of empty boxes. If I had turned my camera off, I could only hope that I’m paying attention and giving my 100%,” said Sheckler.

Sheckler stated that he would continue to keep his camera on in class in the spring semester to show professors that he is engaged.

“The fact that teachers won’t be able to force students to turn their cameras on is a good idea because being at home, not everyone has surroundings in which they are comfortable showing themselves and also the anxiety aspect of being watched as well,” said Orine.

Awad said that she personally “can’t focus as much” with her camera on because she is conscious about how her background may look or if she’s “making some weird face,” she joked.

“I never thought it was right to force someone to turn their camera on,” she added. “You never know what could be going on in someone’s household and they might not want to share that with you, and students didn’t sign up for that.”

As the Fall 2020 semester comes to a close and the Spring 2021 semester approaches, what is ahead remains mostly a mystery to all.

As Sheckler will soon be graduating and pursuing a further degree, he said it’s “a new big change for music students that are graduating.” All of his auditions are virtual.

There are still no updates on what a graduation in May might look like. The class of 2021 will be entering the next semester unsure of whether or not they’ll be turning the tassels on their caps in-person or remotely, signaling the next phase in their lives.

One thing for certain is that while the spring semester may be virtual, many hope for an improvement to remote learning.

Bobbie Bell is local to the New York area and is pursuing a Bachelor's degree, majoring in Journalism and Media Studies. She covers a variety of news topics ranging from both hard and soft news. This includes entertainment news as well. She believes that everyone has their own story to tell, and is dedicated to sharing stories that have the ability to inspire and impact others.
View all posts by Bobbie Bell →
← Newer Post
BC Celebrates Shirley Chisholm Along With Mayoral Candidate Maya Wiley
Older Post →
BC Students Discuss the Incoming COVID Vaccine