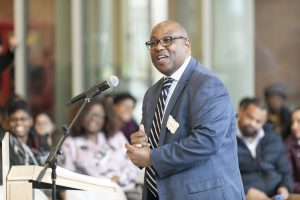 The Brooklyn College Implementation Team for Racial Justice has made progress in many of the planned actions they announced last semester, establishing a Presidential Advisory Committee for Staff, holding a number information sessions, and creating several Student Advisory Committees, all over the past few months.

Two emails detailing the improvements were sent out in the recent weeks by Anthony Brown, Ronald Jackson, and James Lynch, co-chairs of the Implementation Team for Racial Justice. In respect to each issue mentioned by staff or students, the Team restated the recommendations they made last semester and how each of these changes were executed.

For staff representation, the Presidential Advisory Committee for Staff was established by President Anderson. Some issues are already being presented before the committee.

For example, the team recommended mentors be provided for staff members. This suggestion has prompted controversy, however, over whether staff members need mentors or a different form of support.

“We decided that we need a further assessment of the matter, so the Presidential Advisory Committee for Staff will explore this question and work to identify and match the right support to our staff members’ needs,” the email reads.

As part of the promised provisions of the Implementation Team, information sessions about staff career development, their titles and contracts as part of CUNY, and anti-bias/anti-racist training sessions were held last semester. The Advisory Committee will help to continue deciding what else is necessary to support staff members.

Moreover, most academic departments have complied with the requirement to have student representation on each curriculum committee.

“We also recommended that the departments strive to ensure diversity of student representation and publicize committee rosters,” the co-chairs stated.

As for the issues of safety and mental health, the USG and GSO hosted forums last semester and will continue to host during this semester in order “to provide a safe space for their constituents to dialog on issues related to race and racism.”

With the funding from the CARES Act, personal counseling has begun the search for more mental health counselors, in order “to provide more assistance to students during the pandemic and remote learning.”

Lastly, the Department of Student Affairs organized remote resources for students to be able to easily seek assistance with issues related to Title IX, harassment, or discrimination, which can be found using the link provided in the team’s email.