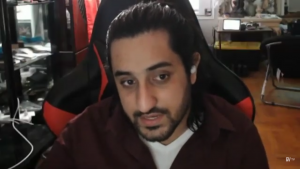 Aharon Grama and Iqura Naheed are looking to be the next Presidents of Brooklyn College’s Undergraduate Student Government. Running on a split ticket, should they win, they plan to swap positions after the fall semester. Although they share the same goals and beliefs in how to best serve the student body, they come as a rare duo as a Pakastani-Muslim woman and an Isreali-Jewish man running for office on the same ticket.

“It is pretty unexpected, the two of us on a ticket together,” said Brooklyn-native Naheed, whose family is originally from Pakistan. Though unexpected, and rare in the American political arena, even for a small campus election, a ticket like this is something that could only come out of a place as diverse as Brooklyn College.

Originally, neither considered the difference in their ethnic and religious backgrounds, having joined together to run for USG President after working together on Ethan Milich’s cabinet.

“I don’t think there was ever a discussion between us,” Grama, who was born into an ultra-orthodox Jewish family and also spent time in the Israeli Defense Forces, told the Vanguard, “I find it as an honor to be able to serve with her.”

Grama said it was Naheed’s great judgement and work ethic that drew him to ask her to run alongside him in this semester’s elections, which are ongoing until tomorrow, Mar. 25.

“She was working hard and going out of her way,” Grama said.

Naheed, who wasn’t considering a run for president or vice president, thought the pairing with Grama would be a promising one and accepted his offer to run on a joint ticket. “It was sort of a natural thing,” she said,  “I thought with him we’d be a good team.”

It wasn’t until they got started that they realized how the diversity of their ticket stood out. “As we did put the campaign together we did realize we were bringing different demographics of Brooklyn College,” Naheed told the Vanguard. “It is a Brooklyn thing.”

Both acknowledged BC’s ethnic diversity, but also its tendency towards polarizing politics. “I think people should start doing it more often,” Grama said, “Closing the gaps, and not being as polarizing.”

Despite the difference in the backgrounds, it is nowhere near the top of the list of what they believe they can bring to the student body. “We aren’t here to serve certain students, we’re here to serve all the students,” Naheed said. “At the end of the day we are all students here to learn […] Working together is the way forward.”