On Thursday, October 17, the Brooklyn College film department had the great privilege of screening the US Premiere of Larry Sanders — Still Fighting, a documentary made by the Hoult brothers and produced by 3rd Strike Films about the brother of Presidential Candidate Bernie Sanders.

When you hear the name “Larry Sanders,” many thoughts may come to your mind. Not only was there a sitcom called The Larry Sanders Show in the 1990s, but also an NBA player of the same name. Before them, however, there was Larry Sanders, the older brother of Senator Bernie Sanders and an alumnus of Brooklyn College.

While the attendance was small, the presence at the event was substantial. The screening room in the West End Building hosted a few students and alumni, as well as some Bernie Sanders supporters eager to learn more about Larry Sanders, a politician in the United Kingdom who currently serves as the Health Spokesperson of the Green Party in the U.K.

The film covers the life of Larry Sanders from the beginning and explains the journey that led him to a life in English politics. Sanders was born April 29, 1935, and he grew up in Brooklyn with his parents, Eli and Dorothy, as well as his younger brother, Bernard. In Junior High School, Sanders had a passion for poetry, and his interest in politics did not fully blossom until he attended Brooklyn College. While here in the 1950s, Larry was inspired by the student government which he says in the film was “left-wing dominated,” at the time. When Brooklyn College shifted the student government from a focus on politics to a focus on clubs, he describes the anger he felt and the efforts he lead to protest this change, including a pamphlet called “Common Sense” (inspired by Thomas Paine) that he handed out on campus with a friend of his. 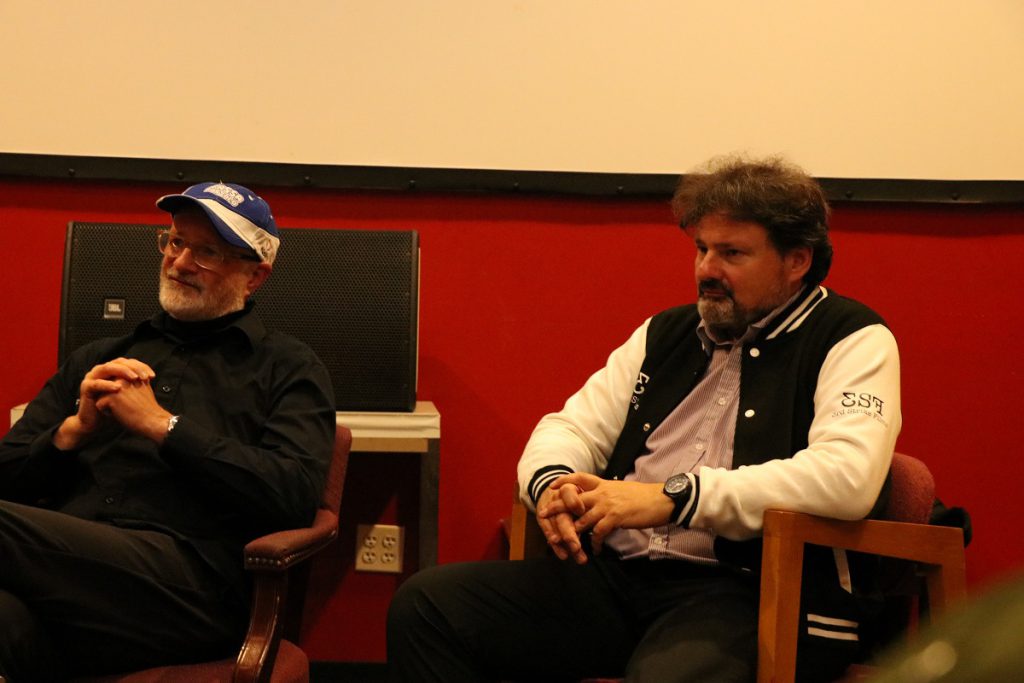 After his time at Brooklyn College, Sanders went on to study at Harvard during a rough period of his life. After his parents both died, Sanders resorted to traveling to visit family and seeing the world. It was during this time that he met his wife, Margaret, and his travels often involved going to visit Bernie after he would win an election. His decision to move to England came when his wife was pregnant with their first child so they could be closer to her family. From there, Sanders worked for Oxford, fought for groups like the Workers’ Educational Association (WEA), and joined the Green Party when he resonated with their message. He became the party’s Health Spokesperson in 2016.

Frequently throughout the film, Sanders’ colleagues praise him by talking about how truly passionate he is for the issues that he fights for, including those rooted in healthcare and social work. Specifically, the film mentions his immense knowledge of healthcare, ideas for developing education for working-class women who had previously been denied access, efforts to save social services from budget cuts, warnings regarding climate change, and efforts to increase jobs and decrease poverty and homelessness. One of his colleagues from the WEA even goes as far as to praise Sanders’ ability to articulate information and “talk about things in ways people could understand.”

After the screening, the film was met with thunderous applause, and Keith and Paul Hoult were gracious enough to sit down with Foster Hirsch, an author and film scholar, to discuss the film, respond to questions, and hear feedback. The audience did not hold back and suggested the addition of subtitles, a more informative introduction to English politics, and some trimming to shorten the film. The Hoult brothers acknowledged and appreciated all of these suggestions.

When it came to the questions and answers, the recurring topics included Bernie Sanders, the Green Party, and some of the production choices that went into the film. On the topic of Bernie, Foster Hirsch drew an interesting comparison between the brothers by claiming Larry Sanders seems more “accessible” and that this film really “humanizes” Bernie as more than just “the person who is screaming and shouting and pointing.” Keith Hoult revealed that throughout the production, “Bernie was the elephant in the room,” but Larry felt it was necessary to talk about Bernie to talk about himself. Paul Hoult added that “he [Larry Sanders] is extremely protective over Bernie.” 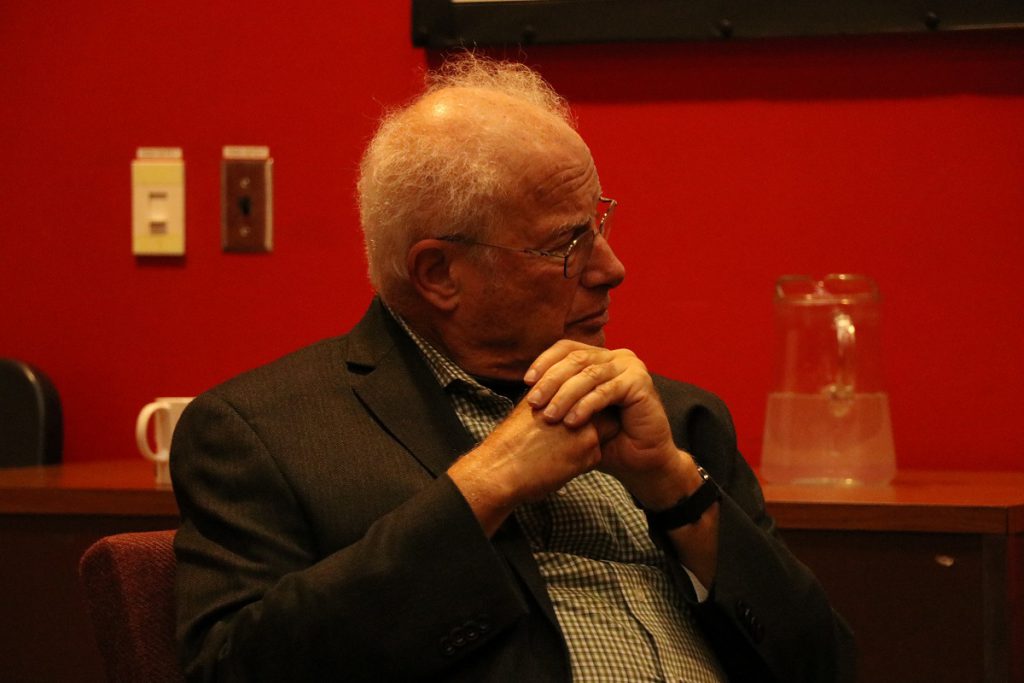 In terms of what drew the Hoult brothers to Larry Sanders, Keith revealed that he was in film school and frustrated with the lack of films he was making in the summer of 2015. Around the same time, they noticed that the videos on the U.K Green Party’s website were “terrible” and first heard the name Larry Sanders after David Cameron resigned as prime minister, and the Green Party elected Sanders as their candidate for the position. From there, the Hoult brothers struck up a close relationship with Sanders and made clips for his campaign. The idea for the film came soon after, as the Hoult brothers wanted to do their first feature and found Larry’s life to be interesting.

When asked what they wanted audiences to take away after viewing the film, both brothers talked about Larry Sanders as an inspiration for us all. Keith Hoult spoke about his hope that audiences appreciate the life of Larry Sanders as “a life well lived.”

“You get to our ages and you sort of think..well, what’s next?” Keith told the audience.

“When you see someone in their ninth decade being so passionate about very fundamental values and things that make real fundamental changes in people’s lives and society, that excites the heck out of me, and it makes me think that the next 28 years for me could be interesting,” he added.

As for Paul Hoult, he shared a memory with the audience about filming Larry Sanders at a care home, a scene that did not make the final cut of the film.

“It’s a beautiful piece, and he’s probably older than a number of the people in the care home. But with the passion and the encouragement that few gentlemen give to these people, you can’t help but love the guy,” Paul said.

“He’s just full of life and positivity…and the whole time we have known him, it has just been consistent,” he added.

Before the film screening, the Hoult brothers played a clip of Larry Sanders in which he wished luck to all the students of Brooklyn College in their studies and called his time at Brooklyn College, “the best experience of his life.”