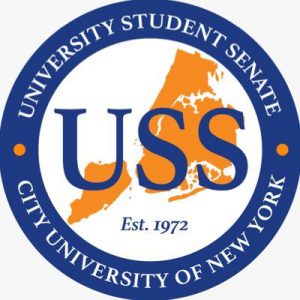 After a week’s extension, the results of the Brooklyn College undergraduate student elections are out. The delegates elected to the University Student Senate (USS) are Aharon Grama and Ethan Milich.

The recorded votes show Grama and Milich nearly tied for votes (278 and 271 respectively) with a great margin between them and the other candidates. Kyle Reese had 156, Robiul Alam had 92, and Bianca Molina had 62. Reese and Alam will both serve as alternate delegates.

The results were released on Tuesday, May 12 shortly after the polls closed at noon. The polls remained open for an additional week this semester after an announcement made by Student Affairs on Wednesday, May 6 extended the deadline to cast a ballot, after experiencing low voter turnout the previous week.

Ethan Milich was able to claim a second victory for the day, having also been elected USG President, and was only seven votes shy of Aharon Grama’s for the USS delegate seat. With his victory, Milich will maintain his seat on USS, after falling into the position last year after the initial victor was disqualified.

“Thank you to everyone for the love, support, and guidance that has kept me inspired, helped me to overcome so many setbacks, and pushed me to keep fighting for what I believe in,” wrote Milich in a Facebook post on Tuesday afternoon. “#FreeCUNY #FullyFundCUNY #StudentPower,” were the hashtags that trailed Milich’s victory announcement, which served to mirror his platform.

While Milich won both the USG Presidential office as well as defended his seat on the USS, Aharon Grama made another large wave in this year’s elections, Claiming 278 votes for his University Student Senate seat.

“I’m really happy and excited I won…”said Grama when asked for comment about his victory. In addition to thanking all those that voted for him, Grama also said that “we are going to see improvements at Brooklyn College.”

Grama previously served as a senator in USG.

With one incumbent and another active member of the USG running for the USS seats this year, the elections were fairly definitive. Together, Grama and Milich secured almost 550 votes. While Grama’s platform appears to be more subtle, both newly elected candidates are seeking to enact positive change for Brooklyn College and CUNY as a whole.