2020 has added George Floyd, Breonna Taylor, Tony McDade, and many more to the growing list of names immortalized against the backdrop of police brutality and white supremacy. In the wake of Floyd’s murder, the country reengaged itself in a now-familiar conversation that revolves around both the racial injustice rooted in our history, laws and economic system, as well as the institutions which continue to perpetuate said injustice. In step with protesters’ recurring reminders of those who have been killed, are demands to reform, defund, and abolish the police. These three calls, while often fumbled with one another in the media and sometimes in the streets, have very clear meanings for those at the front of the movement.

A prominent voice in this struggle is Alex Vitale, a sociology professor at Brooklyn College and a twenty-year veteran police scholar. Vitale’s latest book, The End of Policing, aims to expose the police’s dramatic shift in function over the last few decades and how their role is at odds with a just society. Published in 2017, the book has seen a rise in popularity since the death of George Floyd. By mid-June, the book’s publisher, Verso, made the book free online after having completely sold out of physical copies.

Vitale was first exposed to the misaligned role that police are forced to play in 1990 when doing housing policy for the San Francisco Coalition on Homelessness. “It was during this time that we began to see the ramping up of police harassment of homeless folks,” Vitale said.  Vitale helped pull together a committee of attorneys and outreach workers to investigate what was going on and to figure out how to respond. “What became clear was that the city of San Francisco had given up on the possibility of actually housing people and had turned the problem over to the police to manage,” he said.

This discovery galvanized Vitale’s passion for uncovering the many faults and failures of police departments across the country. During his time at the CUNY Graduate Center in the mid-nineties, Vitale became involved with scholars who came to similar conclusions about the changing role of the police department in New York City under Rudy Guliani. Together, activists and scholars began emphasizing the proliferation of “broken windows” policing. Born out of the University of Chicago, this policy operated on the idea that in order to prevent the growth and spread of crime, cities must crackdown on minor infractions and increase police presence.

This paradox, aided in part by increasingly visible acts of police violence, has led to the growth of the Defund Movement. This movement, Vitale explains, “says that even when policing is done right it’s harmful, and so we need to shift resources out of policing and into non-punitive, non-carceral strategies.” Similarly to the age-old struggle being waged by public education activists, the movement seeks to address the source of the problem instead of just fighting the problem itself. This would mean divesting from police departments in order to invest in programs that are designed to reduce crime in the first place. So while defunding is often regarded as a reform, the defund movement is actually very different from activists who are primarily calling for procedural reform.

In June, Governor Cuomo addressed the masses in the streets, “You don’t need to protest, you won. You accomplished your goal. Society says you’re right. The police need systemic reform. That was accomplishment one, now go to step two. What reform do you want?” After this statement, Cuomo made the theatrical gesture of offering up a pen and paper to the camera and beckoning activists to write down what they want.

“What Cuomo thinks he wants to hear are procedural reforms to policing: training, equipment, professionalization, and oversight. What I want, and what this movement is demanding is to reduce our reliance on policing and replace it with better community-based alternatives,” responded Vitale.

One of the biggest gripes that Vitale and fellow activists have with procedural reform advocates like Cuomo, is that they are missing the true point of what protestors and activists want, and inevitably fall short in creating any meaningful reforms. “The reason,” Vitale explained why politicians don’t press the police too much, “is because it lets them off the hook for any responsibility for addressing the failures of labor markets, of housing markets, and of healthcare markets that produce the kind of profound poverty and economic dislocation that is at the root of what police spend their time doing.”

“We need to be reaching into the community-based movements that are actively involved in trying to produce safer communities: the Rockaway Youth Task Force, Vocal New York, Make The Road By Walking, these are the kind of groups that need to be consulted about how to produce these alternatives to policing,” said Vitale.

As Vitale makes clear, defunding would involve a strategic reallocation of resources in order to treat the causes of crime. “We need to quit hiring more police to throw homeless people off of the subway and instead put money into supportive housing on a state-wide basis. We need more resources for community-based anti-violence efforts to deal with domestic and youth violence,” said Vitale. To him, these measures are the main alternatives to police reform, but they are not what the governor is looking for.

The premier shortcoming of pushing for reform instead of defunding is that it puts too much faith in a system that is unable to correct itself. For example, the use of neck restraints and chokeholds were already banned in Minneapolis when George Floyd was murdered. An important stipulation that is written into many use-of-force reforms, however, is that they can still be used if an officer feels that their life is in danger. This stipulation, paired with police officers that go on patrol with a bullet-proof vest, a pistol on their hip, and a shotgun in their car, means that they feel as though their life is at risk before they leave the station.

If we continue to pass reforms with semantic wiggle room, we will never see the changes necessary to end police violence. Vitale speaks to this dissonance by arguing that in the killing of Eric Garner and now Geroge Floyd, it was not a problem of police training or guidelines but a “problem of values [that] seems to go to the heart of the claim that, for too many police, black lives don’t matter.” To get at this problem of values, many activists are branding themselves as abolitionists. Abolitionists, although very similar to activists calling to defund, set themselves apart with their two-step approach to the problem of policing.

“Abolition is about a long-term vision and an analysis. The analysis is that policing as an institution has historically always been used to reproduce race and class inequality. Because it uses violence and coercion to accomplish its goals, it is an inherently problematic institution that’s incompatible with producing race and class equality,” explained Vitale. “The vision is a future world that doesn’t rely on state violence to produce a social order that rests on inequality. We want to live in a world where we don’t need people with guns and we don’t need cages for human beings to produce safety and stability.”

For Vitale, the issue is not that there are a few bad apples; it is that the policing institution allows for those bad apples to continue working with impunity and little recourse for their actions. Like many prominent activists, Vitale thinks the end of policing as we know it, is the only course of action for building a society that does not cycle through headlines of unarmed black people being killed at the hands of the police.

Although the movement has proven itself strong and flexible, there will always be a lingering fear of it losing momentum. Vitale said that although the street protests have created a tremendous amount of political space, in order to prevent the movement from bottoming out, “that street energy needs to move itself into ongoing organizing. We’ve got to talk to our neighbors, our friends, our families, and enlist them in this effort.”

As shown through the recent sit-ins, demonstrations, and marches, this movement’s strength is in its numbers. So while it may be expected that the marches lose some of their critical mass over time, the pain and anger that people are feeling right now must not be let go. The discussions must keep happening. The votes must be continuously cast for candidates who are willing to play an active role in this dialogue. And we must at least try to envision a world without police. 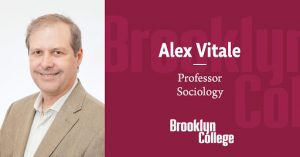 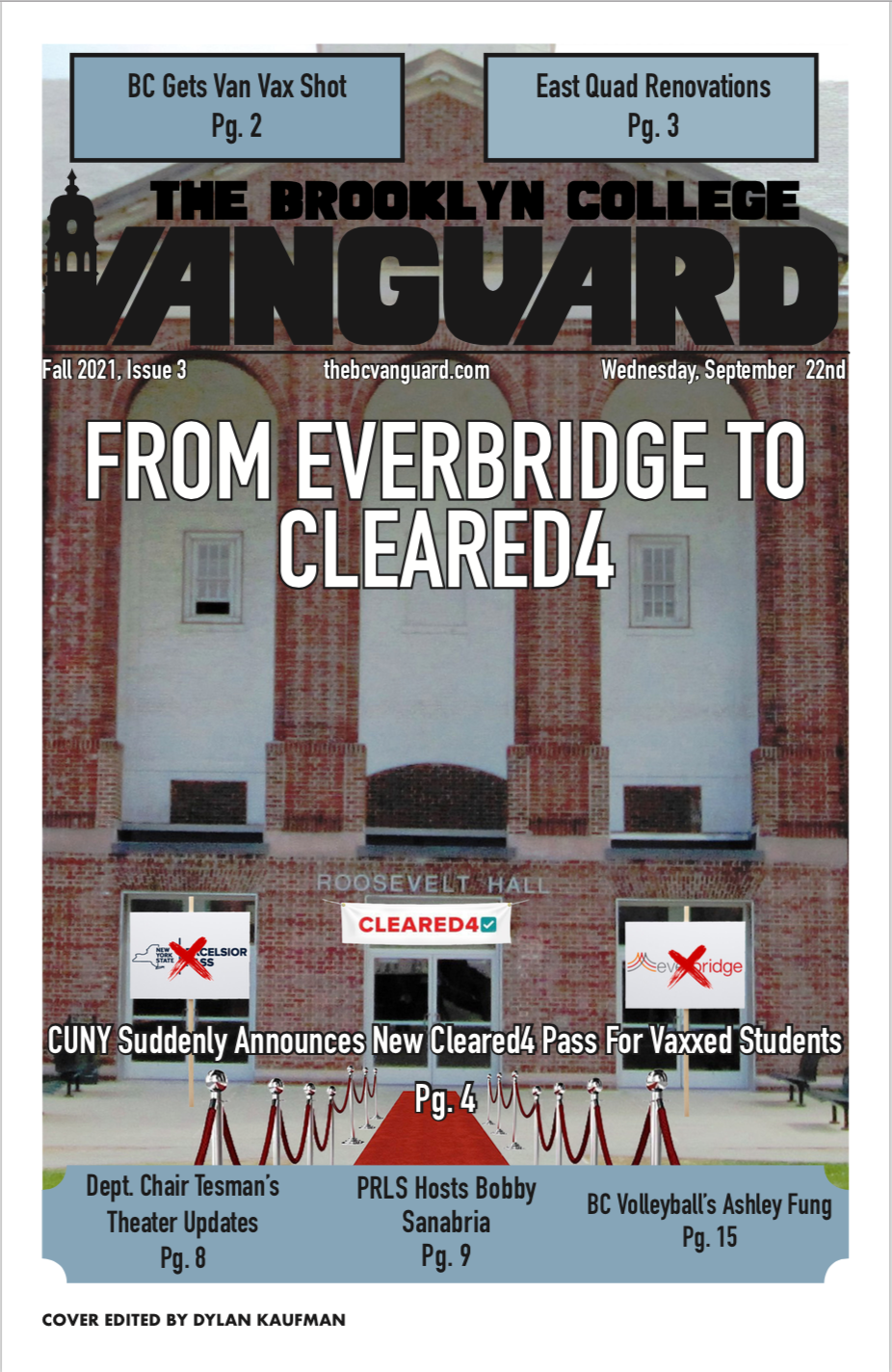