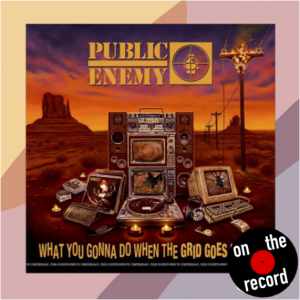 When I was a kid, my parents would take me with them when they voted in elections. We’d walk down the block to our local polling place, which also happened to be my elementary school. The school gymnasium would be set up with folding tables and the chairs were usually occupied by sweet retired ladies, volunteering for the afternoon.

And, of course, there were the voting booths. In those days, the booths still had curtains that you closed behind you and giant metal levers that seemed to be the same size as little grade school me. You’d pull the heavy levers down to cast your vote like the arm of a crane and just as quickly as you came, you would leave. Civic duty: check.

I was fascinated then at how routine and straightforward it all was. Here was something you just…did because it was the thing to do. For my parents, who both work in public service, the act of voting was no different than taking your trash out to the curb on the appropriate day, or stopping at a four-way intersection.

When I was 16, my high school boyfriend nonchalantly revealed to me that he did not plan to vote in the 2016 presidential election. I was mortified. Young and stupid as I was, I could not, for the life of me, wrap my head around the idea that one would simply not vote — as if he was declining to order dessert at a restaurant. “No, thank you.” We debated for three days. Ultimately, I think a significant part of my frustration stemmed from the fact that I was jealous he was old enough to vote and I wasn’t. But at the time, I had never met someone who held the viewpoint that voting was, essentially, superfluous, or that their one vote wouldn’t make a difference in the outcome of any election, let alone a national one for the presidency.

In 1988, President Ronald Reagan’s time was up. Vice President George H.W. Bush found himself squared against Massachusetts Governor Michael Dukakis. Bush, knowing his audience all too well, pointed the needle towards the past, rather than the future. During his campaign, he frequently referenced the “deterioration of values” he claimed to see in the country, and that combating this would require a “change back,” a regression to a “gentler America.” For all intents and purposes, he took Reagan’s “Let’s make America great again” slogan and refurbished it.

But not if Public Enemy had anything to do with it.

“Power, equality, and we’re out to get it / I know some of you ain’t wid it / This party started right in 66, with a pro-black radical mix / Then at the hour of twelve, some force cut the power, and emerged from hell / It was your so called government that made this occur, like the grafted devils they were.”

This was Public Enemy’s second album, released in June of 1988 — smack in the middle of the election year — and appropriately titled It Takes a Nation of Millions to Hold Us Back. They had enjoyed enormous success with their first record, Yo! Bum Rush the Show, which also featured an abundance of social commentary. Finally, here was a group that looked the ongoing political process in the face and said: this is not who America is. There is only one way to go and it’s forward, not back. In 1988, only 50.16% of eligible voters turned out to vote in the election — the lowest recorded number since 1924 — so, regardless, Bush became President of the United States.

In 2020, Public Enemy, now veterans of the game, have decided they aren’t done yet. They’ve just released What You Gonna Do When The Grid Goes Down? If there was ever a time to fight the powers that be, now is it.

“White house killer, dead in lifelines / Vote this joke out, or die tryin’ / Unprecedented, demented, many president’d / Nazi Gestapo dictator defended / It’s not what you think, it’s what you follow / Run for them jewels, drink from that bottle / Another four years gonna gut y’all hollow.”

So says Public Enemy on “State of the Union (STFU).” The album covers an incredible amount of ground — from bashing 45, to police brutality, to the pandemic. They offer a dose of reality that a lot of other artists aren’t quite willing to commit to yet. For Public Enemy, laying it all out on the table as bluntly as possible is, at the end of the day, effective. This isn’t the time for poetic protest songs that ask where all the flowers have gone — our lives are at stake. Wake up and do something or suffer the consequences. And yes, Public Enemy agrees that voting is part of that.

The truth is that I understand my high school boyfriend’s side of the argument, albeit several years later. I can now wrap my head around the idea that for many people, particularly young people, the concept of voting seems almost archaic. If you remember those creaky voting booth levers, it can be easy to slip into believing that your one vote will likely not make a difference in the long run. Sure, that may be true. But what happens when millions of young people collectively hold that belief? Now we’re talking about shifting the outcome.

So, what are you gonna do when the grid goes down?

← Newer Post
Op-Ed: How Did We Get Here and Where Are We Going?
Older Post →
The Citizen Artist: Performing Resistance With Winona LaDuke