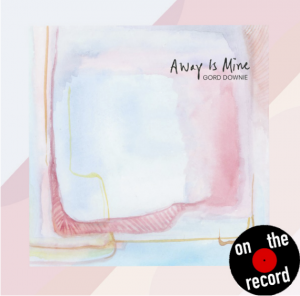 I am, like many journalists, a stickler for due dates. Nothing gives me greater anxiety than bringing things down to the wire or scrambling to piece an article together moments before it is expected in someone’s hands. I typically file my pieces several days in advance — just in case a catastrophe of some kind occurs and I have to hit the drawing board again — and I’ve never, ever, missed a deadline. This past weekend, I skipped town to meet up with family upstate to spend a few days doing close to nothing except basking in the crisp, non-city, autumnal air. I brought along my work materials, fully anticipating writing this column from the glorious deck of my Airbnb rental overlooking the Hudson.

I didn’t write a single word.

Instead, I sipped coffee and stared out at the view, my laptop untouched in my bag. There are two schools of thought when it comes to writing first drafts: one is that “perfect” is the enemy of “good,” and “done” is the first step to “good,” but the other is that for many writers, sitting down and forcing oneself to write rarely yields promising results. I could not commit to either ideology over the weekend.

The onset of the pandemic has lent itself to the idea that work — even writing a few satisfying, coherent sentences — has a way of feeling pointless these days. A lot of what we as students are currently expected to do feels redundant in the grand scheme of things. It likely won’t matter this week, or next, or perhaps even in the long run — why exert the energy?

But there’s another school of writing thought that goes something like this: the next, most helpful thing you can do aside from move your pen is move your feet. So, over the weekend, I turned my attention alternately to my immediate surroundings, making a mental checklist of what I wanted to savor just a bit longer.

I was comfortably relaxing in a beautiful part of upstate New York where the leaves had just begun to change colors. I was drinking beers with my dad, whom I don’t get to see as often as I’d like on account of an entire eight hours of train time between us. I was laughing with my sister, sharing a bed like we used to do as kids on family vacations. Check, check, check.

It sounds simple on paper, but it’s often remarkably difficult to count our blessings in the moment we’re experiencing them.

Last Sunday marked three years since the death of The Tragically Hip’s frontman, Gord Downie. Any self-respecting Canadian or frequent border-hopping American knows their legacy and laments that their time as a band was sadly made brief. (Downie was diagnosed with brain cancer in 2015.) Two years later, in October of 2017, he succumbed to his illness, but not before touring with the group one last time, and producing several solo studio albums of his own — all with the weight of terminal illness looming large.

Downie, knowing full well that his time was limited, chose to look around him and relish what was there: family, love, beauty, hope, and music. Away Is Mine is his seventh solo album, (the second released posthumously), recorded over the span of four days just a few months before his death.

“To be together, step into the most,” he sings on “About Blank,” “surrounded by those who love you the most.”

I don’t know what it’s like to stare down the recognition of your own mortality in the way Downie did, and I wouldn’t dream of comparing his story with mine, but there’s something to be said about writing through the shock, loneliness, and grief.

If you’re in the same boat as I am — finding it hard to focus on the work and get the job done — the cliche stands up: you’re not alone. There’s a wash of noise and destruction holding our attention and silencing our voices, and those who aren’t absorbed by it are likely living in ignorant (and sometimes dangerous) bliss. If there is a silver lining to be had, it may very well be that we took this moment in time to consider the parts of our lives that are most important to us and the people who love us the most.