New York State lawmakers unveiled the New Deal for CUNY bill last week at an online press conference. The bill, which was introduced to the State Senate on Feb. 5 by Brooklyn State Senator Andrew Gounardes, calls for a tuition free CUNY, among other goals.

“Our economic recovery from the COVID crisis relies on A New Deal for CUNY. This landmark legislation will transform New York’s education system, economy and society, positioning us to recover stronger and better from this crisis,” Gounardes said at the virtual press conference on Thursday.

The bill’s promotion comes not long after Governor Andrew Cuomo’s executive budget proposal for fiscal years 2021-2022, which slashes CUNY funding by $42 million and raises tuition by $200 each year. The New Deal means to address long-standing complaints of government underfunding and tuition hikes by replacing student income with public funds.

“Investments in the CUNY will strengthen our economy and increase economic mobility for low income New Yorkers and people of color while targeting investment to the communities most harmed by COVID,” the Professional Staff Congress wrote on its website in support of the bill. “But CUNY is being eviscerated when New York needs it most. The PSC urges the Legislature to raise taxes on the ultra-rich, to restore CUNY funding that would be cut in the Executive Budget and to support the first year of the New Deal for CUNY.”

Though CUNY announced a $5 million investment in mental health resources last October, the bill endeavours to further close the gap of counselors to students, currently standing at a 1 to 2700 ratio in CUNY, according to the National Center for Educational Statistics. The New Deal also addresses the 1-29 ratio of full-time faculty to full-time students, as well as wage gaps for adjunct faculty, a long issue in faculty unions.

Brooklyn College USG President Ethan Milich is in full support of the legislation and all it plans to do for CUNY students, particularly the plan to make CUNY free. 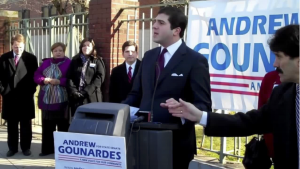 “That part of the legislation is very awesome,” he told the Vanguard. “I’m very excited for it.” Milich also commended the state officials who proposed the plan, “It takes courage to introduce reforms like this at that level,” he said, “I think overall it is going to have a very positive effect.”

If passed, the New Deal for CUNY would be implemented over the next five years.