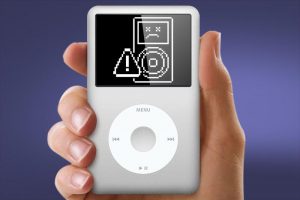 The 20th century has kept chugging along; COVID may finally kill it./digitaltrends.com

This week marks the one year anniversary of the COVID-19 pandemic shutdown. Everything just stopped.

Classes went remote. The streets grew empty. It was weird for New York City. People said, “it’s like a science fiction movie,” except it wasn’t. In the science fiction movie, the streets and buildings were empty. The shutdown was actually more like being in the suburbs, or a smaller and less exciting urban area, on a Sunday evening. The streets were empty but the people were home. If you needed a reminder that there were still folks around, you only had to listen at 7pm everyday when everyone made noise from their windows, balconies, or any place they could.

Too much has happened between then and now to enumerate it again. It’s hard to get perspective on something that is still happening. It’s been hard on everyone. As John Green said, “This is the first time in my life when you can say ‘it’ and have most people know what you are referring to.  It is hard. It is a grind. It is isolating and exhausting.”

The New York Times reported last Saturday that one in three American have lost someone to COVID-19. We lost people at Brooklyn College. Last April, I wrote an obituary for Moshe Augustein who served as the Computer Science Chairman. As of last Saturday 524,000 Americans have died from this. According to the White House blog on Mar. 5, 2021, 6.2 percent of Americans are out of work, but adjusted for those who have just dropped out of the workforce the number is 9.5 percent. Some of the jobs will come back, but the people won’t.
New York Magazine aptly stated that if you live in New York long enough, it will invariably seem unrecognizable. Maybe it will seem like the city is for someone else. The retail-apocalypse started with ecommerce replacing brick and mortar stores. Retail during the shutdown suffered from the virus in a way not too dissimilar to someone with a precondition. Walking down Broadway there are so many empty storefronts that it can feel like you are in a depressed and empty upstate town.

In the Great Gatsby, F. Scott Fitzgerald wrote that, “The city seen from the Queensboro Bridge is always the city seen for the first time, in its first wild promise of all the mystery and the beauty in the world.” As a city, we will get back there. However, we don’t know what that looks like, but it’s likely not going to look like the 20th Century.
The 20th Century has been gone for a while now. When was the last time you picked up a physical daily newspaper paper? Answers to the previous question may vary, but the last time anything that even resembled a rock song hit number one on the Billboard hot 100 was in June of 2008 with Coldplay’s “Viva la vida.” Just to drive this point home, Apple’s first iPod is already in a museum. I saw it at MoMA.

The world is changing too fast for the true Reaganites of the previous century. It has mobilized the greatest whining session in American history. You can hear their souls break as they cry “Cancel Culture” and “Political Correctness.” I have not been able to watch an older movie with a male in their 50’s and not hear the pathetic squawk “You can’t do THAT anymore!” One of my professors this semester was explaining the difference between a compliment and the complement. He said “One is something you say to a woman, BUT YOU CAN’T DO THAT ANYMORE.”

One great appeal of Donald Trump is that he promised to return things how they once were. The actor Jeff Daniels, aptly decoded this promise in Trump’s message to Michigan voters, “Trump was the only guy in 2016 who said, ‘I’m gonna bring back your manufacturing job. The one you had. Not a new one. The one you had. I’m gonna bring it back.’” Trump’s message of reinstating the 20th Century was further illustrated by Philip Bump,a columnist at the Washington Post, who wrote that the “value that Donald Trump offered to his supporters: unwinding the clock to a point in which everything was stable and unchanging and systems worked explicitly, if often unwittingly, to the advantage of White men in particular.” The group that bought into that message has been black-pilled. Don’t even say Dr. Seuss to them.

The issue is that the 20th Century will die because every century dies. The bitterness of men who try to stand in the way of human progress will die because men die. They want to leave this world looking like it did when they came into it.

College students don’t get happy endings. They get their beginnings. Looking back one year seems exhausting. I might even suffer from an inability to count on the future. I don’t know where I am going but I’ll see you there.