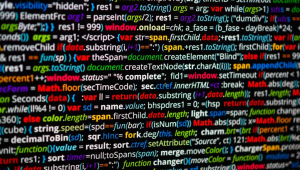 Learning to code may seem like a goldmine, but gold rushes often end poorly./ GettingSmart

As the spring semester passes its halfway marker, thoughts of graduation loom over many students’ heads. Some gleefully look forward to pursuing whatever it is that they feel their degree affords them. For many others, however, graduation means being cast into an intimidating, and not all that welcoming, landscape contoured by the burgeoning tech industries and startup culture. In this treacherous land, it can seem like every other new job is at some sort of start up that requires an ample amount of knowledge in the field of coding, general programming, or data science.

The exceedingly rational option for many recent graduates then is to cast away their aspirations of actually using their major and join the growing ranks of young people enrolled in bootcamps that promise the experience needed to get a job in today’s constantly evolving job market. The problem, as I see it, is that this job market will soon no longer need these pioneers trying to cash in on America’s latest gold rush. The very engines, lines of code, and AI technology that today’s programmers use to develop new apps, extract data, and further broaden the channels of the world wide web, will soon outgrow the usefulness of mere humans who have completed an eighteen-week coding bootcamp.

Let it be known, categorically, that I am not advising anyone to steer clear of these jobs and the ability to learn how to code. It won’t be long until learning different coding languages becomes a part of an ordinary high school’s curriculum, as it already is in parts of the world. The point then to rail home is that a fourteen-week, or even a two-year long bootcamp will not impress the required skills to stay ahead of a sector that wears a new face every day. You will be able to learn the basics of a language or a skill that will allow you to complete a series of repeatable tasks. What is AI threatening to take away again? Ah yes, jobs that are largely a series of repeatable tasks. I am not speaking ill of anyone who is fluent and articulate in the languages of script, I respect it, actually. But I would like to point out that there are already plenty of middle-schoolers that can code better than an average graduate of one of America’s one hundred, and counting, coding bootcamps.

The gig economy, similarly, has a lot of promise for workers across America. Work whatever hours; take time off; and capitalize off of an industry that seems endlessly growing. The space that lies below this dream is that Uber and Lyft, and many dozen more companies like them, haven’t turned a profit since their inception. No shade, it’s not like I have made all that much money in the past ten years either. But the reason why they have been around so long while hemorrhaging cash is because of the technology they have a vested interest in succeeding. Technology to the tune of self driving cars and a uber efficient AI dispatcher which can control the companies’ respective fleets of autonomous vehicles. Maybe that doesn’t sound like the nightmare to you that it does for me. But either way, once that technology matures a few more iterations, all of our drivers we loved asking “how long have you been driving for ___?” will no longer be driving for anybody.

Ride-share apps aren’t the only companies who are relying on a pool of labor that they know they won’t need forever. The community safety app, Citizen, recently transferred the majority of their work–listening to police and emergency radios–to Kenyans in Nairobi. This outsourcing was done with an explicit acknowledgement to U.S. staff that this shift was taken only as an intermediary measure until computers that are more efficient at deciphering radios replace them.

This deviation into the hellscape of the gig economy is only to provide scale for what businesses at the top of the charts are doing. But who are we kidding. Smaller businesses that can use AI to write a thousand lines of code in the time it takes a human to crack their knuckles before typing won’t have any hesitation about streamlining. I am not saying it’s hopeless, but it looks something awfully bleak to me. That said, may you seize the day! Sell your land, buy a wagon, and head out West to stake a claim. You might come across some perils along the way, but lest you forget that fortune favors the brave!

All gold rushes end the same. A few folks get rich and then there are another few decades of people swearing they’ll be next. There is still certainly plenty of cash to be made and I am all for people hopping on that bandwagon. I only issue a word of warning to those looking for some sort of stability or job security within this industry. In addition to this, if you labored for an obscure degree during undergrad, don’t be so quick to forsake it. You might not get your dream career, very few do, but there is only so much coding to go around before the biz will forsake you.

The temptation to enter this work is imminent for both recent grads and current students alike; and is not to be entirely discouraged. But if you’re only in it for the money, I’ll wager that the cash will be drying up relatively soon. This is especially true when considering the next generation who are raised entirely, not partially, enveloped in the internet. While you can’t ignore the gravity of jobs in this sector, I think it would be healthy to acknowledge the rate at which technology will outpace humans capacity to stay relevant in shaping it. That being said, I think it would be in everyone’s best interest to spend a significant, if not an equal or greater, amount of time cultivating habits and hobbies that are slightly less ephemeral and belong to more hallowed traditions of humanity. Get your money however you can. But don’t forget to smell the roses or whatever. There is plenty more living to do outside of cyberspace.