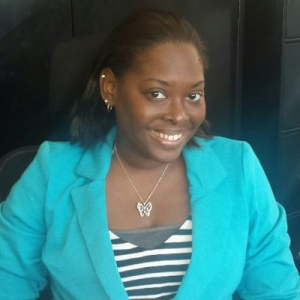 Since her days as an undergrad in 2006, Renée Straker has been involved in student life, campus activities, and volunteer opportunities at Brooklyn College. 15 years later, she continues to be the helping hand that’s there to be the student body’s number one supporter as the Assistant Director for Student Diversity Initiatives.

“Every year I get to meet new faces and new opportunities to work with diverse groups of students. I love hearing stories of students with different backgrounds,” Straker said, noting that her favorite part of her job is interacting and supporting all the students who come her way.

Straker’s work at BC first began in Orientation and Commencement, and off-campus with Rhoda Jacobs, a fellow BC alumna and former Assemblywoman for the 42nd District in Brooklyn. “I found mentors who encouraged me to volunteer,” Straker told the Vanguard. “The more I volunteered, especially within Students Affairs, the more exposure I got to different staff on campus, different offices, and that also led me to getting a part-time job in a Student Center.”

Straker’s then part-time gig at the Center led her to her full-time position. Even though Straker loves her job, there were challenges she had to overcome to get where she is now.

Straker said that while working she understood that the most she can do is give the students the opportunity to understand. “At least they have the knowledge, and whether or not they accept to choose the knowledge, it’s on them and not on me, so I shouldn’t take that personally,” she said.

The obstacles Straker surpassed helped her become the mentor she is today, where patience became a critical component of her work. She had to learn different religious habits, beliefs, and opinions. “I found myself growing. I’m no longer limited with the information I have,” she said. “I have a broader perspective of things, and I see things through a different lens. I see people through a different lens.”

Straker’s goal is to be a strong student supporter, guiding BC community members through their college life no matter how long it takes for them to get a degree. “I support them no matter what, and I’m here for them,” she said.