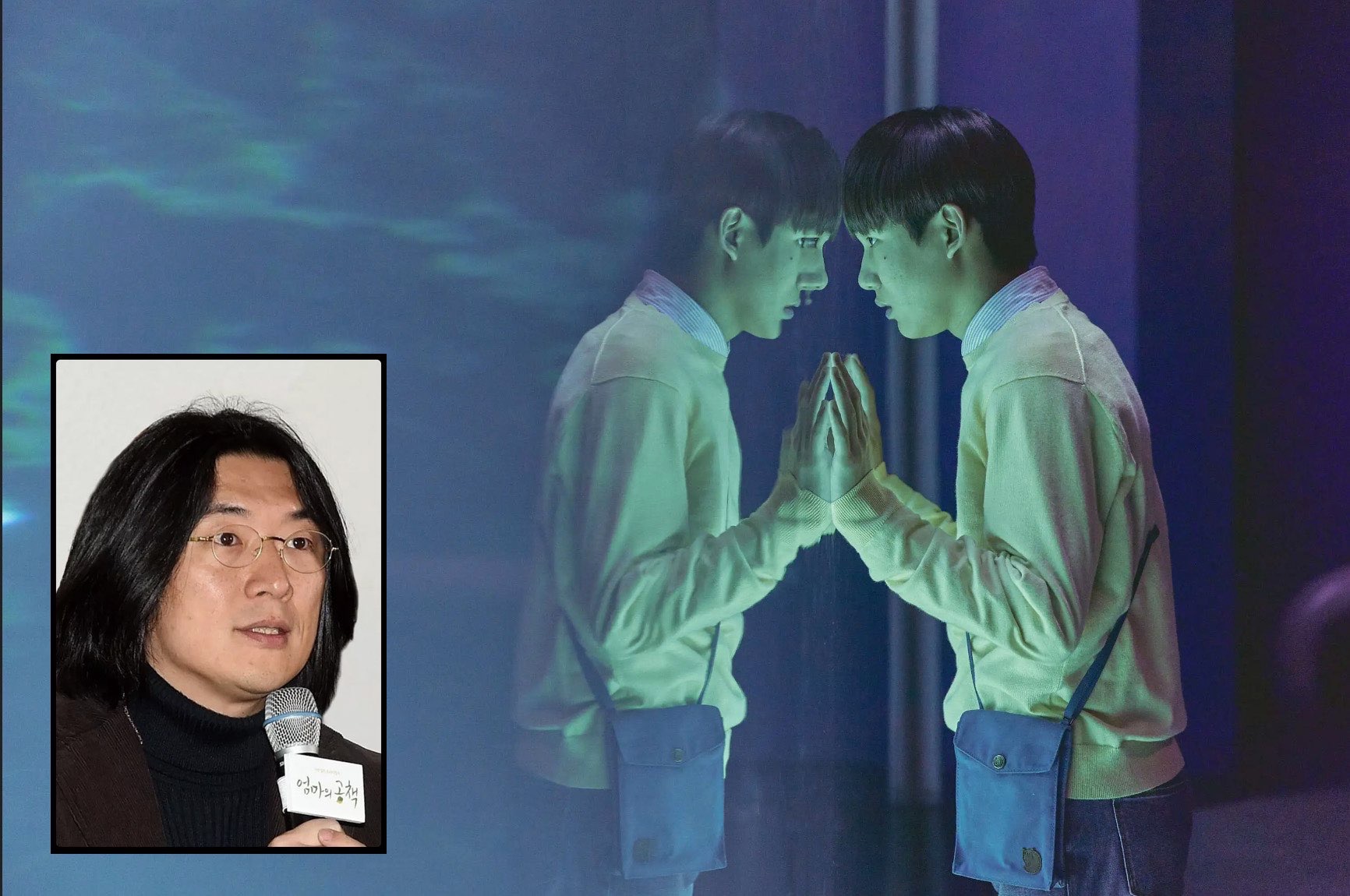 A glimpse of the acclaimed new Netflix series, “Move to Heaven,” directed by BC alum Sung-Ho Kim./Edited by Dylan Kaufman

When scrolling through Netflix, chances are you might come across “Move to Heaven,” a 10-episode Korean drama centered around a young man with Asperger syndrome, a disorder that affects one’s ability to socialize, and his uncle. The two work as trauma cleaners and uncover the stories of those who have died.

The show, which was released back in May, is the creative vision of Sung-Ho Kim, a filmmaker and alumnus from Brooklyn College’s class of 1998. On Jul. 8, Kim joined an online Zoom event with Daniel Lugo, the president of the Brooklyn College Film Alumni Association, to talk about the show’s production and reminisce about his time at the school.

When Kim left Korea for New York in 1996, he only had one goal in mind. He wanted to study film and began to apply to many colleges throughout the city. Brooklyn College, however, stood out from the rest.

“Brooklyn College [was] very close to me and…cheaper than private schools like NYU and Columbia,” said Kim. “The curriculum [was] the best for me so I just chose Brooklyn College, and I met incredible teachers [there].”

Kim remembers his time at Brooklyn College fondly, remarking that it was “a great experience,” and both his classmates and professors had a lot of passion for studying film. His time at the school, however, was relatively short as he came to Brooklyn College as a transfer student with two years already under his belt.

After graduating in 1998, Kim enrolled in The New School, a private research university in New York City where he earned his Master’s degree in Media Studies in 2001. Kim returned to Korea right before 9/11, and it is here where Kim believes his path to Netflix began.

“I had just finished a script [for] a feature film,” said Kim. “There was a chance to pitch my project [at] an international film festival in Korea…so I applied, and they just invited me to pitch.”

Kim recalls the people there were “curious” about him. Despite being a native of Korea, he had not been there for some time and did not have a network there. Still, Kim pitched his project, and it ended up being made two years later in 2003 as a horror film titled “Into the Mirror.” In 2008, Kim’s film was re-made in the United States with slight changes and released as “Mirrors” starring Kiefer Sutherland.

After “Into the Mirror,” Kim shifted to small budget, short films and began to shy away from the horror genre after growing tired of it. Instead, Kim explored drama, which led him to direct “How to Steal a Dog,” a 2015 South Korean film based on Barbara O’Connor’s novel of the same name.

Soon after its release, Kim was approached by many for various dramas. In Sept. 2019, Netflix reached out to Kim and presented him with “Move to Heaven.”

“They actually already finished…the first four episodes, and I read [them],” said Kim. “I decided to involve [myself] in the project, and then, I met the screenwriter…and we talked about a lot of things.”

This included different themes, storylines, and creative approaches for episodes five through ten, which had yet to be filmed. Kim ended up changing a lot of things from the script, which he found to be “flat.” Netflix, according to Kim, was big on wanting the audience to cry and trying to evoke these feelings through flashbacks and narration sequences.

Kim removed a lot of these scenes to neaten the K-drama and give it variety. This also included showcasing “the big city” with lots of different locations in Korea and wrapping storylines up in the middle of each episode and starting a new one towards the end to hook audiences into watching the next one.

“The production [of a k-drama] is so fast. They have a low budget, and they have a very short schedule,” explained Kim. “[With] Netflix, I just asked them…‘I’m from filmmaking so I want to make [it] my way,’ and they just let me do that so we had like 6 months [of] production, we had 100 times [more] shooting, and we organized everything.”

Since the show’s premiere back in May, Kim has received positive feedback and reactions from “all over the world,” which was something he did not anticipate when going into this project.

“If you make [a] film, it [will] go to screen or go to theaters or film festivals…and [hear] all kinds of reactions,” explained Kim. “I thought that…I would make the [show]…give it to them, and they [would] just upload it and then…no reaction at all.”

Luckily for Kim, this was not the case, and he has enjoyed reading comments about the show on IMDb. Going forward, Kim is currently working on his own project and even got a call about potentially working on a TV drama coming to Hulu, but this remains to be seen.