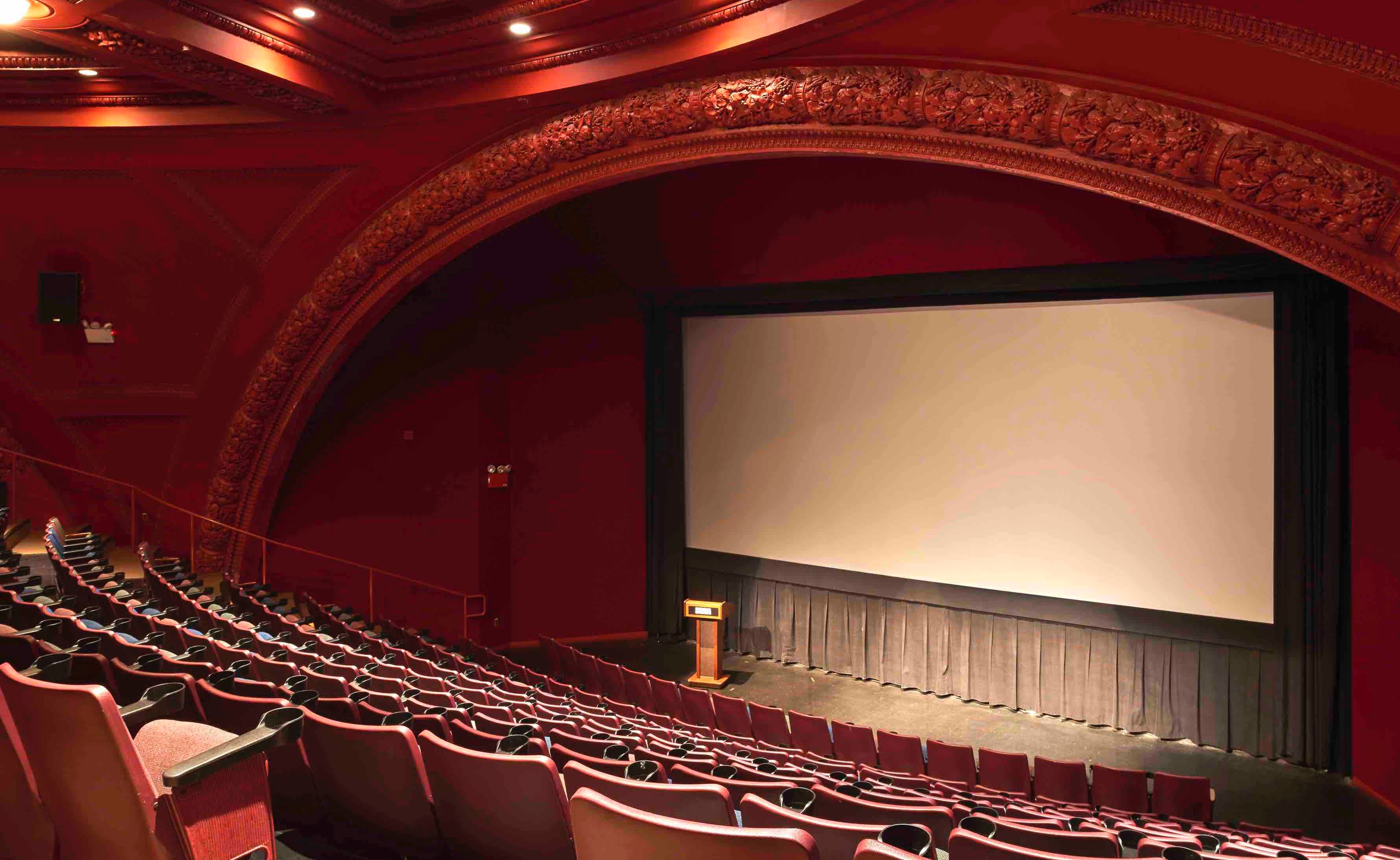 The Brooklyn Academy of Music theater where the Brooklyn College Undergraduate Film Festival was held until the pandemic hit./ScreeningRoomMap.com

Prior to the event, there were questions about whether or not the festival would be held at the Brooklyn Academy of Music (BAM) per tradition. Student filmmakers were disappointed with the virtual format but understood the decision.

“Of course I understand and respect the decision, but especially in today’s age of streaming services, YouTube and social media, it’s becoming increasingly rare for upcoming filmmakers to have a place to display their films on the big screen with an in-person audience of people who genuinely love film to watch,” Mark Feocco, the director of “Writer’s Block,” told The Vanguard.

If the directors had it their way, the hard work and dedication put into each film would have been shown on a bigger stage with a larger and more reactive audience.

“It’s been a tough time just staying creative and in touch with each other,” said Vicky Lee, the director of “In Loving Memory (of What Used to Be).” “An in-person festival would’ve been the cherry on top for us all.”

The festival, however, was still successful. Many short films spanned across various genres and themes, showcasing all that the senior film students worked towards.

Day in and day out, directors re-adjusted their filming schedules and other aspects of creating their pictures in order to comply with COVID rules and regulations, which was a constant struggle.

“I had to postpone our shoot days at one point because of a COVID scare with one of my actors,” said Harry Keener, director of “Lou & Crocks.” “At another point, my sound mixer Zach–who ended up doing sound design–had to back out due to a COVID scare.”

For other filmmakers like Feocco, one obstacle after another led to a complete rethinking of a principle originally taught in film school.

“A major point that is taught in film school is planning and going into each project expecting that whatever could possibly go wrong, inevitably will. So it’s very important to think ahead in how you will overcome these issues,” said Feocco. “The pandemic left no room for those thoughts.”

With all the COVID-restrictions in place, many mentors and professors were thrilled that the students were still able to create something timeless.

“Following the lead of last year’s students who also dealt with COVID-19 restrictions and made terrific films, Brooklyn College film students demonstrated resilience, ingenuity, and great determination as they adapted to a myriad of pandemic health and safety guidelines and successfully completed some truly remarkable short films,” Annette Danto, the Film Department’s Chairperson, released in a statement.

As for the student filmmakers, many of them are very proud of their work and all they were able to accomplish. Despite being forced to rewrite his original script multiple times due to limited resources and changes in shooting locations, Feocco was still able to come up with an end result he was proud of.

“It was definitely the largest filmmaking challenge I’ve faced, but in a weird way, I cherish it for what it was,” said Feocco. “It definitely forced me and my classmates to become much more resilient filmmakers because of it.”

Some of the filmmakers even hope to take their film beyond the Brooklyn College festival screen.

“After the opening of NYC, I’m planning now to film more for my film and add more footage,” said Alaa Seoudy, a student filmmaker and the director of “Between Me and Him.” “I hope to get [it] accepted [to] film festivals.”