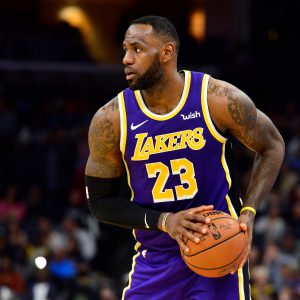 The LA Lakers and Miami Heat are primed to face each other in what should be a historic 2020 NBA Finals. These finals, in addition to being the only ones ever to be played in October, come packed with storylines.

First off, it’s LeBron James’ 10th NBA Finals. Perhaps even more impressive than this feat is the realization that he first led a team to the finals all the way back in 2007, and is still in his prime 13 years later. But what team helped him to a second, third, fourth, and fifth NBA Finals? What team with savvy roster construction and a culture built upon hard work and dedication helped LeBron win his first and second championships? The Heat of course!

LeBron went to the Finals with the Miami Heat all four years he was there from 2010 to 2014, and won it all in the middle two years. But, as we all know, the story is written: Bron took his talents back home that fateful Summer of 2014, and delivered on his promise to bring a chip home to Cleveland in 2016.

While Heat fans were dejected, rational ones thanked LeBron for what he brought to the franchise and there was no love lost. But President of the Heat, former coach of the Lakers and Knicks, and fabled Godfather of the NBA, Pat Riley, had a different feeling when LeBron left the team.

“When LeBron made that call, I saw a dynasty fly out the window,” Riley said. “I didn’t blame him, but I knew that was a 10-year team. It was just a sad day for me and for our franchise because I wanted that dynasty.”

Now, six years later, LeBron is on an even different team, though still probably the best player in the world, and heading to another NBA Finals.

But Riley and the Heat did not sit back and whimper when James left South Beach. On the contrary, they kept together a culture that requires its players stay in shape, play hard consistently, and always try to win. There is no tanking with the Heat, and ultimately, in addition to being located in one of the most popular U.S. cities, a culture like that wins free agents’ respect. Enter Jimmy Butler.

Butler left a Philadelphia 76ers team that believed it had the chance to win it all this year. He was previously traded from a Minnesota Timberwolves team that he believed did not respect and value him. That indignancy and lack of effort he saw from the team led to extreme outbursts that labeled Butler as “a problem.”

But Butler just always wanted to be on a team that accepted him and wanted to win just as much as he did. And he found that this season with the Miami Heat.

Butler, all-star center Bam Adebayo, rookie Tyler Herro, and veteran Andre Iguodala make up a team of hardened veterans and young guns with something to prove. The Heat have, in fact, played better this postseason than they did during the regular season, despite being heavy underdogs to come out of the conference when the season and postseason started. Ultimately, already exceeding expectations, the Heat have little to lose.

The team is a staunch defensive unit, bolstered by Adebayo in the middle and Butler on the perimeter. They have exceptional 3-point shooters in Herro and Duncan Robinson, a deep bench, and players to throw at LeBron James.

The main thing is that they have to go up against two superstars, two titans the league has never seen play together before now. The Heat could maybe stop LeBron James for a half here, and a quarter there, but could they stop James and Anthony Davis? Highly unlikely, as no team yet in the loaded Western Conference has been able to.

In 15 games, Anthony Davis is averaging 28.8 points on 57.1 percent shooting, 9.3 rebounds, 3.6 assists, 1.3 steals, and 1.3 blocks per game. After only reaching the second round of the playoffs once with New Orleans before this year, these playoffs have been a coming-out party for Davis as a playoff performer. Because as we all know, the greats only up their play during the postseason, not fold under the pressure and increase in talent.

After coming off a dominant gentleman’s sweep in the second round against the favorites Milwaukee, and beating the Celtics in the ECF in convincing fashion, Miami should fear no one. But the Lakers, fresh off winning each of their series in five games, are rested and ready for the moment. Pat Riley vs. the historic Lakers. Pat Riley vs. LeBron James. LeBron James vs. Jimmy Butler. Bam Adebayo vs. Anthony Davis. This series is rife with intriguing matchups and storylines and all bets are off once the ball goes up in game one.

We can’t wait for Wednesday and to see whose legacy is built this October.

← Newer Post
USS Nominates Steering Committee, BC Student Among Them
Older Post →
This Is Getting (Darn) Old: What Are The Jets Doing?