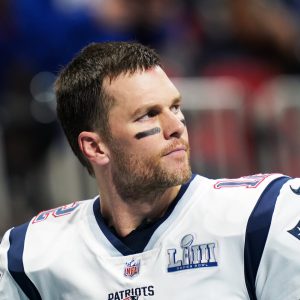 Tom Brady won his seventh Super Bowl this past week at the age of 43, and may have cemented his legacy as the best player to ever play in the NFL. But while Brady was making history, Patrick Mahomes’ was solidifying his own future legacy in the shadow of his defeat at Brady’s hands, tying their legacies together forever.

The Tampa Bay Buccaneers demolished and outplayed the Kansas City Chiefs in Super Bowl LV. The Buccaneers won at every single level of this game, looking more prepared, better coached, and just ready for the moment. The Chiefs, by comparison, appeared confused, frustrated, and woefully unprepared.

First off, the reason why Brady is now officially the greatest NFL player ever is that he now has more Super Bowl victories than any franchise in the NFL. Brady has been a part of all six Super Bowl wins with the New England Patriots, and the Pittsburgh Steelers are the only other team with six Super Bowls.

For a player to surpass all franchises in Super Bowl wins is incredible, and that is all because of Brady’s longevity and his ability to do what needs to be done to win. Brady is just a winner, and after winning the Super Bowl, he said he will be back and looking to add to his trophy case. If Brady does eventually win his eighth Super Bowl, he would have doubled the amount of any other quarterback, doubling up Joe Montana and Terry Bradshaw.

Brady’s stigma has been that because he won most of his Super Bowls with the Patriots and with one of the best football minds ever, Bill Belichick, that he was a system quarterback and could only win while on the Patriots. Brady got rid of all that talk by winning with another team and a different coach.

However, it should be noted that even though Brady is the best NFL player ever, he has been put in the ideal positions to succeed. Brady won his first three Super Bowls playing with one of the best defenses this league has ever seen. In his next two, the team was a lot more balanced, but again in his sixth Super Bowl victory, the Patriots offense only scored 13 points and won. Brady has always had help, but his greatness comes with how he can do what is needed to win all the time, no matter what.

The perfect example is this Super Bowl. Brady had help from everyone on his team, but alas it is Brady as the one who earns all of the credit. The run game was the most crucial point of the Buccaneers offense, with both running backs Leonard Fournette and Ronald Jones II averaging more than five yards per rush on 28 rushes, rushing only one less time than Brady threw the ball.

The Buccaneers’ entire offensive plan was to run the ball and throw off play action, which is what they have been doing all playoffs, and if you can’t run the ball, then the passing game won’t get opened up. Along with that, Brady’s offensive line kept him upright all game long, only allowing one sack with just five pressures. With Brady being 43, he really doesn’t like to get hit or even feel like he is going hit, and we have seen all season how he will make errors throwing the ball once the rush gets close to him, so for him to play well, he can’t feel pressured, and there wasn’t any all game.

Finally, the Buccaneers’ defense was terrific against the Kansas City Chiefs’ offense and Patrick Mahomes. With the Chiefs’ offensive line banged up and the Buccaneers’ defense’s strength in their front four, it felt like Mahomes was running away from the rush the entire game. Along with that, the Bucs played a super deep zone that didn’t allow Mahomes to find Tyreek Hill on deep passes.

Even though Brady is great, he still needed a lot of help to make him the greatest, and people should not forget Mahomes’ performance in this Super Bowl, and it should not be downplayed.

Mahomes is the best quarterback in the NFL right now and might be the best to ever play football too, and this game only solidified that as well. Mahomes was constantly on the move and was still making throws on the run, even making plays while being sacked multiple times. Mahomes was under pressure in one play, dove, and released the ball while he was parallel to the ground, 30 yards deep, which was so accurate it hit his receiver in his helmet.

That is insane. Few (if any) quarterbacks in NFL history could have ever made that play, and Brady could not have even attempted that play in his dreams.

This Super Bowl was not Mahomes fault. If anything, he had foot surgery the next day from an injury he had suffered in the divisional round, so he was the only reason this game was even exciting. This idea that Mahomes now can never overcome Brady is extreme. Even though Brady did win the game, Brady had the easier game and the better team. If the Chiefs offensive line was healthy, how differently does this game go?

The fact is that most fans will always see Brady as better than Mahomes because he beat him in the Super Bowl, and that is how Mahomes’ legacy is tied to Bradys. In the last three playoffs, they have faced each other, and Brady has won two of those games, which gives him the advantage. They both also have won the last three Super Bowls. Mahomes will always be chasing after Brady and his rings, but people might always point to this as the defining moment.

Brady and Mahomes will forever be seen as two of the best quarterbacks to play the game. They are two of only three players who have ever thrown 50 touchdowns in a season. As fans, we should be happy we get to see them play each other in one Super Bowl, and you never know, maybe next year we will have a rematch.

Web Group is a group @ Brooklyn College
View all posts by webgroup →
← Newer Post
Baseball Knows There Are Women Who Can Run Front Offices; They’re Just Reluctant To Hire Them
Older Post →
BC Reax: The Biden Transition and Capitol Insurrection